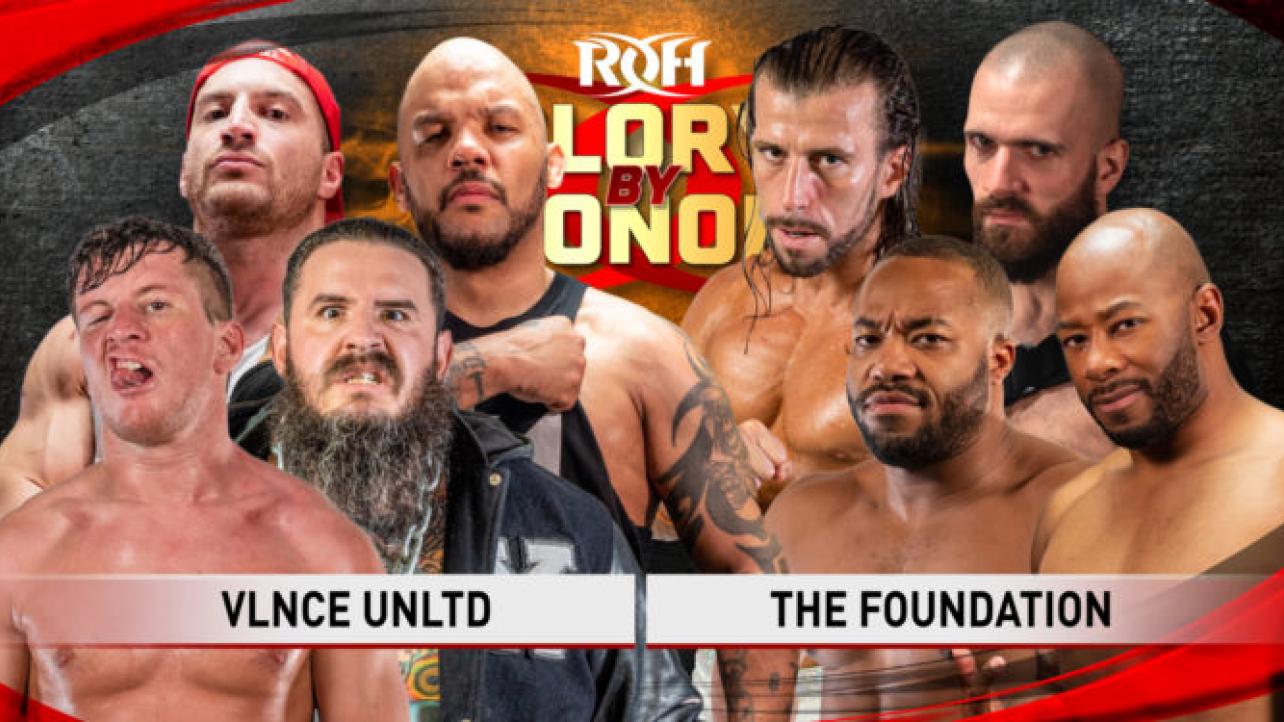 The ongoing battle between Violence Unlimited and The Foundation will continue at the upcoming “Glory By Night” special event.

Ring Of Honor issued the following press release on Friday to confirm the addition of Violence Unlimited vs. The Foundation for their ROH Glory By Honor Night 2 show at the 2300 Arena in Philadelphia, Pennsylvania on August 21.

The Foundation has lost several battles as of late in its faction war with Violence Unlimited, but the pure wrestling purveyors have an opportunity to get back on track at Glory By Honor Night 2 on Aug. 21 at Philadelphia’s 2300 Arena.

VU went 2-0 against The Foundation at Best in the World on July 11. King scored a dominant victory over Lethal, and Homicide and Dickinson defeated Titus and Gresham (substituting for the injured Williams) in a Fight Without Honor to win the ROH World Tag Team Championship.

VU also defeated The Foundation in a previous eight-man tag match a couple months ago.

The Foundation’s downward spiral continued this past weekend, when Lethal, Williams, Titus and Joe Keys (substituting for the injured Gresham) lost an eight-man tag match to Shane Taylor Promotions.

Can The Foundation turn it around? Or will Violence Unlimited prevail over pure again?

Join us live or streaming for HonorClub to find out!