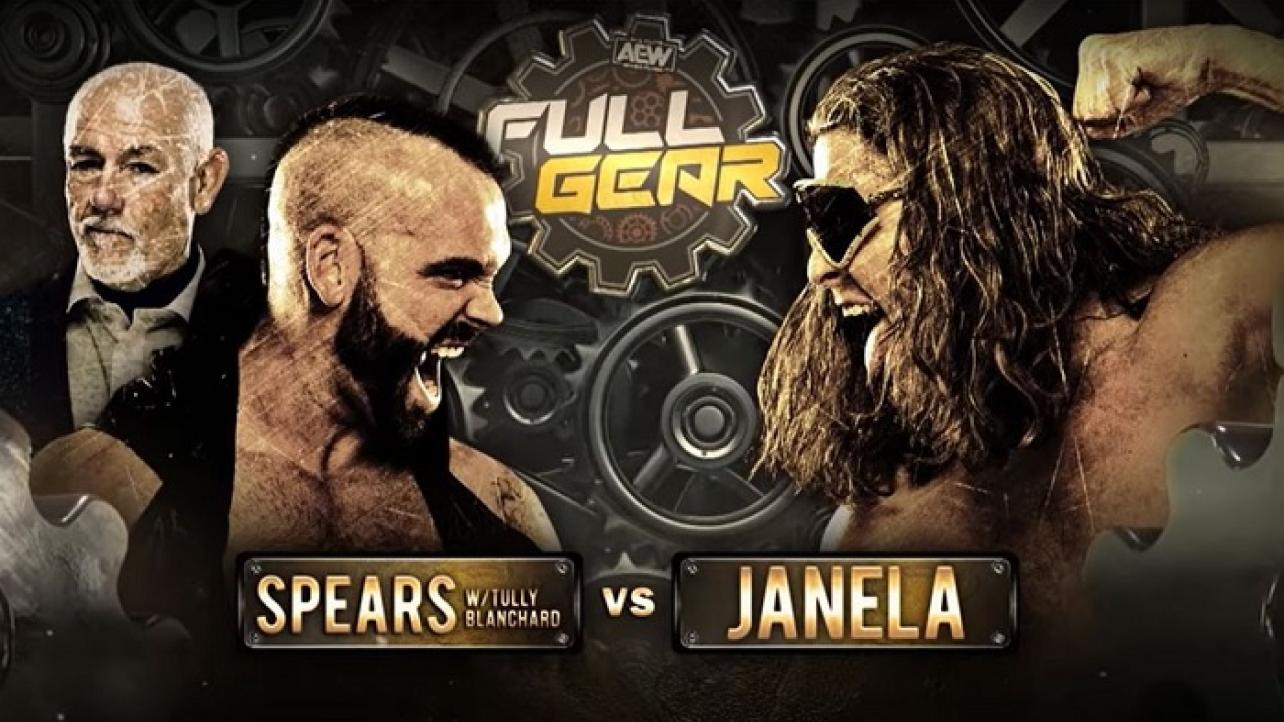 After AEW Dynamite in Charlotte, N.C. on Wednesday night, a new match was announced for this Saturday’s AEW Full Gear pay-per-view.

During the Countdown to AEW Full Gear special that premiered immediately after the PPV “go-home” edition of AEW On TNT, it was announced that “The Chairman of AEW” Shawn Spears and Joey Janela will go one-on-one at this Saturday’s show at Royal Farms Arena in Baltimore, Maryland.

As seen during Dynamite this week, Janela made the save for Brandon Cutler after Spears went to attack him with a chair given to him by his manager, Tully Blanchard, after his victory over him inside The Bojangles Coliseum.

Make sure to join us here at eWrestling.com on Saturday for LIVE AEW Full Gear Results coverage!