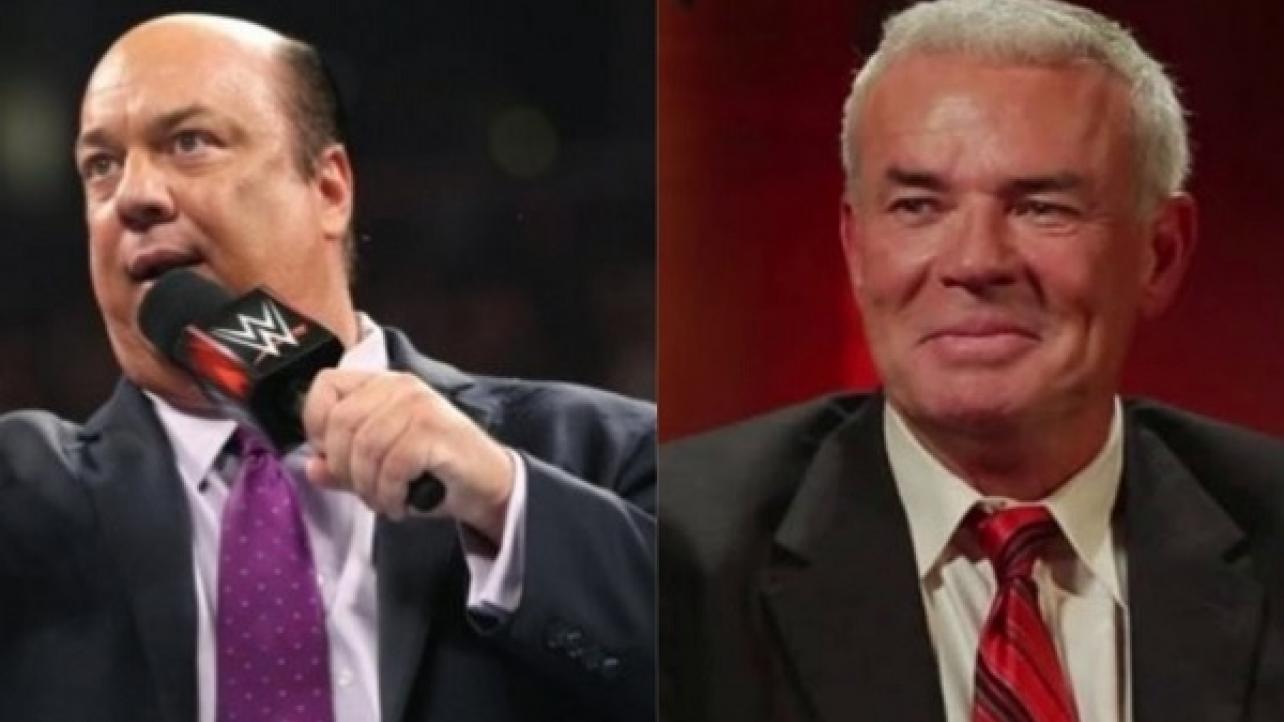 PWInsider.com is reporting that Eric Bischoff officially came to terms with WWE on his new role as Executive Director of Smackdown approximately two weeks ago.

As for anyone who is wondering, these roles are not made up for storyline purposes and are actual legitimate behind-the-scenes roles that WWE created this week.

Both roles report directly into Vince McMahon and due to the significance of these titles, would have had to been approved by the WWE Board of Directors.

The company even released an official press release that was distributed to their investors and members of the media. Check that out below.

In their executive roles, Heyman and Bischoff will oversee the creative development of WWE’s flagship programming and ensure integration across all platforms and lines of business. The creation of these roles further establishes WWE’s ability to continuously reinvent its global brand while providing two distinct creative processes for its flagship shows.

With more than 30 years of experience in the sports entertainment industry, Heyman served as President of ECW from 1993-2001, securing pay-per-view distribution for the company as well as a national cable television deal with TNN. After his time with ECW, Heyman joined WWE’s Creative team and is widely credited with helping launch the careers of many current and former WWE Superstars.

Bischoff is a former WCW President and New York Times bestselling author. During his WCW career, Bischoff oversaw the signing of some of the biggest names in sports entertainment and helped create and develop the NWO storyline. He was also instrumental in securing a television deal for WCW Monday Nitro on TNT and WCW Thunder on TBS. After WCW, Bischoff co-founded Bischoff-Hervey Entertainment, a production company that launched TV reality shows and mobile games.

WWE, a publicly traded company (NYSE: WWE), is an integrated media organization and recognized leader in global entertainment. The company consists of a portfolio of businesses that create and deliver original content 52 weeks a year to a global audience. WWE is committed to family-friendly entertainment on its television programming, pay-per-view, digital media and publishing platforms. WWE’s TV-PG, family-friendly programming can be seen in more than 800 million homes worldwide in 28 languages. WWE Network, the first-ever 24/7 over-the-top premium network that includes all live pay-per-views, scheduled programming and a massive video-on-demand library, is currently available in more than 180 countries. The company is headquartered in Stamford, Conn., with offices in New York, Los Angeles, London, Mexico City, Mumbai, Shanghai, Singapore, Dubai, Munich and Tokyo.