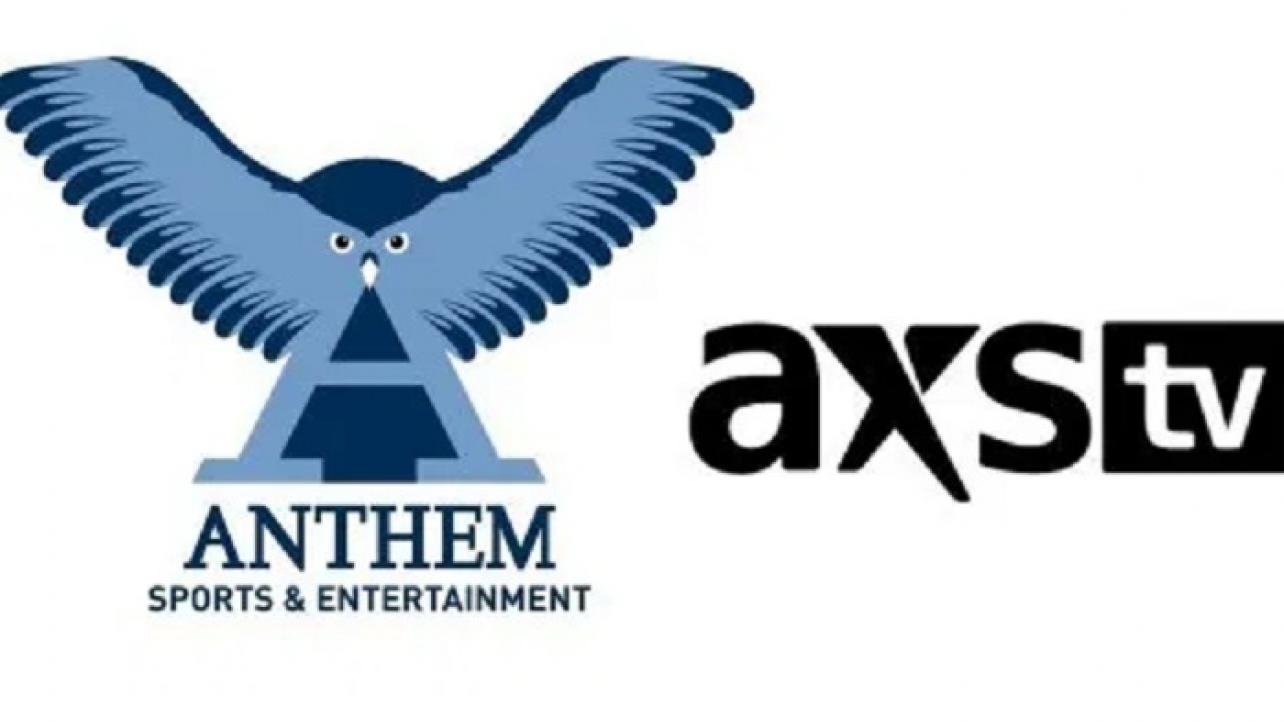 Anthem Sports and Entertainment issued the following press release announcing their purchase of a majority stake of Mark Cuban’s AXS TV. As a result, IMPACT Wrestling now has a new home at AXS, along with New Japan Pro Wrestling, and Women of Wrestling. Details are below.

The two networks add significantly to Anthem’s rapidly growing portfolio of content, which is currently available in 120 countries and includes diverse and popular sports and entertainment programming targeted to passionate communities with a focus on millennial viewers.

“We are very excited to add these two successful channels to our portfolio,” said Leonard Asper, CEO, Anthem Sports & Entertainment. “Anthem was founded with a mission to deliver compelling, targeted content and experiences to passionate fans globally on the platform of their choice. The music, sports and entertainment communities served by these channels are a natural extension and perfect complement to our existing properties.  The addition of AXS TV and HDNet Movies will allow for increased content ownership, digital expansion and even more compelling programming for consumers and our distribution partners.”

Mark Cuban and AEG will continue to participate as equity partners, and AEG Global Partnerships, AEG’s advertising and sponsorship sales unit, will continue to support the channels in conjunction with Anthem’s sales team.

Joining as an investor is entertainer, producer and businessman Steve Harvey, who will also enter into a strategic agreement for content development and promotion of Anthem’s portfolio of channels. Steve Harvey Global will have a seat on the board of directors of Anthem.

Anthem’s board of directors will also include Ted Goldthorpe, head of BC Partners Credit, a lead financier on the acquisition;  Rick Ehrman, a former senior executive at Univision and NBC Universal; Robert Foster, founder and CEO of Capital Canada; Scott Honour, founding principal of Northern Pacific Group; and Loudon Owen, chairman and CEO of DLT Labs.

“Anthem’s combination of targeted brands, enthusiastic audiences, operational expertise, international footprint and vision makes them an ideal partner to take AXS TV and HDNet Movies to their next levels,” Mark Cuban said.  “Given Anthem’s portfolio of premium content and complementary programming networks, we could not ask for a better home, and we are looking forward to the results we will collectively generate for this new partnership.”

“My team and I see great opportunity in Anthem,” Steve Harvey said.  “They have incredible shows, experiential entertainment, and a huge reach. We look forward to collaborating with Anthem on content development that will surprise and delight this newly expanded audience.”

With this transaction, Anthem channels are now estimated to reach nearly 150 million global TV homes, including more than 110 million MVPD-served TV households in the U.S. and Canada. In addition, Anthem’s proprietary content is distributed to more than 160 million global TV homes through licensing agreements with some of the world’s premier networks. Anthem’s networks and content also are available on nearly every major streaming service and digital platforms.

Anthem has offices and studios in New York, Toronto, Los Angeles and Nashville, and in Europe. Its portfolio includes:

AXS TV is a leading music, entertainment and lifestyle channel, including live concerts and sports events, originally founded as HDNET by Mark Cuban in 2001. The channel was rebranded in 2012 after partnering with AEG, leading to additional music content development. The network’s current programming lineup features live concerts and events, music-themed information and reality programming, live wrestling and MMA, and off-network runs of popular music-themed programming. The network is distributed to more than 50 million homes.