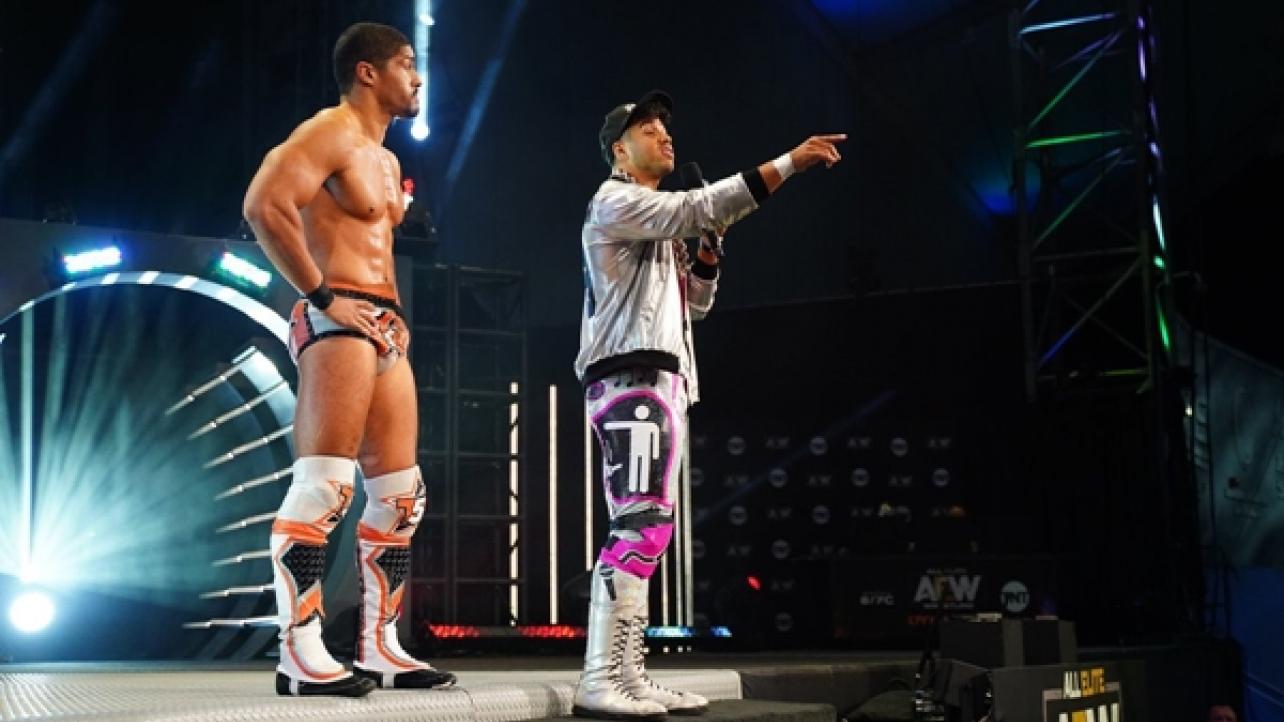 Anthony Bowens On AEW: “They Just Allow You To Be You”

Earlier this week, AEW talent Anthony Bowens called in for a conversation with Busted Open Radio, where he shared advice to those who are thinking of becoming a member of the LGBTQ community. One-half of The Acclaimed also recalled the feedback he received on YouTube, after making the decision himself, and more. Check out his comments below.

On advice he would share to those thinking of coming out:

“The advice part of this is where sometimes I struggle because the advice I give sometimes can’t be so vague and generic because different people are in different situations. I struggle sometimes because I want to tell people ‘just come out and be yourself. I promise you it gets better, because it does.’ But what if I say that to somebody who may not live in an area where it’s the most accepting. Or what if they’re in a country where laws aren’t really LGBT friendly and harm comes from it? So it’s always hard for me sometimes to find the right thing to say. But in general there are people like myself, there are people like Nyla Rose, there’s people like Sonny Kiss. There’s people in all different forms and genres of entertainment that are out there fighting to make the world a better place, to open doors for you. Keep fighting. If you need someone to talk to, there’s places like the Trevor Project, which my shirt I have on ShopAEW.com, 100% of proceeds go to the Trevor Project. They help suicide prevention and crisis prevention for the LGBT youth. Find someone to talk to because your life has value. I’m also trying to help athletes feel more comfortable in coming out. There are people that are trying to make the world a safer place for you, and it’s a different world. Five, six years ago I was in fear still of coming out because I wasn’t sure of how people would react to me, how fans would react to me. But wrestling is so much different now. There are so many different places, the locker rooms have changed and are a lot more accepting. Here at AEW (it’s) the same. One thing I was impressed with when I first did Dark was how inclusive the locker room was and how free people were to just be themselves. The world is changing. Come out when you’re comfortable. There’s no rush, no one should force you to make that decision. When you’re feeling comfortable the decision should be yours.”

On being unable to login to YouTube after coming out:

“We still get some negativity from time to time. But even from when we first started dating five years ago, we’ve seen kind of a drop off in the hate. There was a time I couldn’t even log on to YouTube without even seeing piles of comments of stuff I can’t even say on the air. And that’s dropped off significantly. So I think we’re moving in a right direction despite a lot of the nonsense that you see going on in the world today. It’s kind of a slow process, nothing changes and happens super fast in society. But we’re definitely a lot better than we used to be.”

“Yes. When I first did Dark back in October, outside of me enjoying the product in general, I enjoyed how inclusive the locker room was. I saw Sonny walking around, Nyla walking around. They were just being themselves. Everyone was laughing and chatting and there just wasn’t this pressure on you to hide. You were just free to be yourself. And that was one of the things I loved the most and made me want to be there anymore. I like that they don’t force anything, they just allow you to be you. Sonny is just Sonny, Nyla is just Nyla, I’m just myself and I think that’s the way it should be. There’s no kind of disingenuous forcing of any kind of issue down people’s throats or anything like that. It’s just natural, and that’s what I appreciate most about I guess the scenario.”

Anthony Bowens On AEW: “They Just Allow You To Be You”