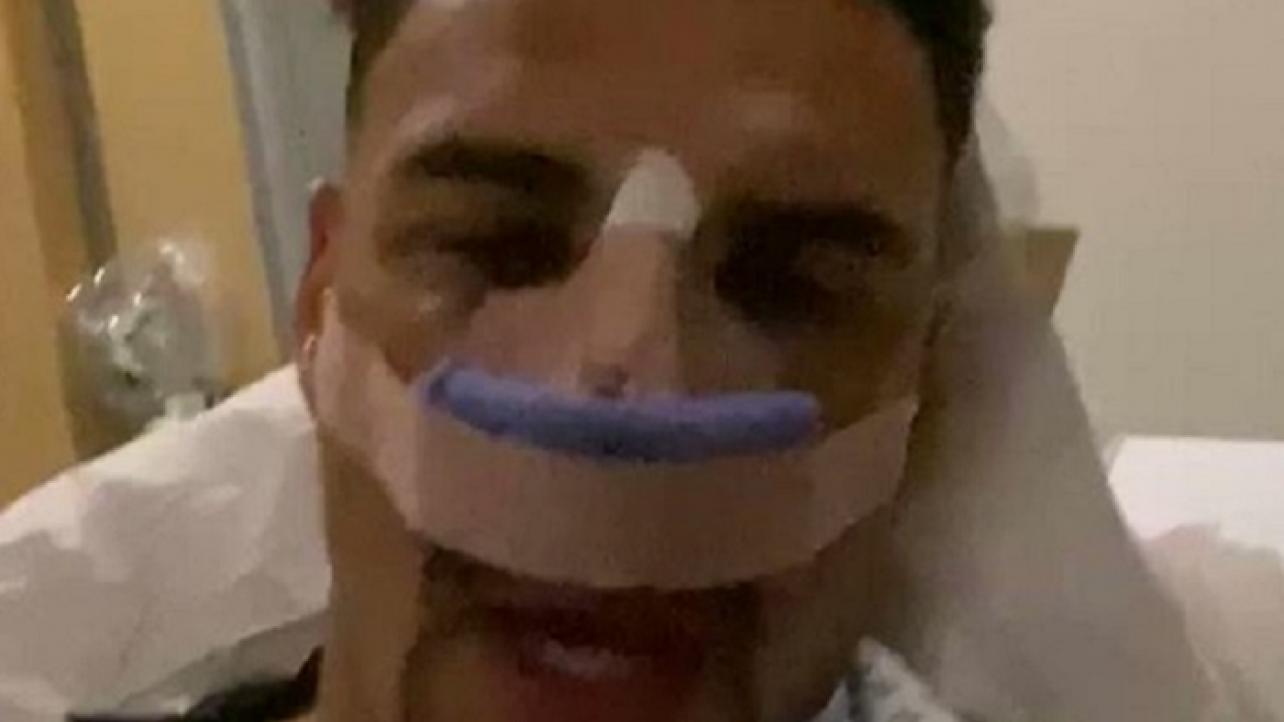 After undergoing his tenth surgery on his left eye, the former Olympic boxing medalist and All Elite Wrestling star issued a warning to Billy Gunn from his hospital bed in the United Kingdom.

Ogogo vowed to make Gunn’s life miserable upon his AEW return, all-the-while detailing his injury condition following the attack from the former WWE Superstar that saw him bounced head-first off the steel barricade during the June 4 episode of AEW Dynamite on TNT.

In the video, The Factory member addressed the WWE Hall of Fame member of D-Generation X and the father of The Gunn Club members Austin and Colten Gunn, stating the following:

“Billy Gunn, you’re so lucky that I’m not in America right now. Because I would rip you limb from limb, I’d break every bone in your face, and make your life not worth living. This is the 10th eye surgery and because I’ve got so much scar tissue around my eye socket, they had to go through my nasal cavity, correct my septum, that was deviated when you smashed my face off the steel barricade, and fix the orbit and the medial section, and the orbital flaw, through my nose.

“You have no idea the pain I’m in right now, but you will do. I promise you, Billy Gunn, you will do. I’m going to make your life a living misery. I’m going to hurt you, Billy. I’m gonna hurt you. There is no pain like watching your children get punished and pulverized in front of your face, and you can do nothing about it. So, Billy Gunn, be lucky that I’m not there right now. Enjoy what time you have left with your boys, because when I’m back soon, that time is numbered. I am Anthony Ogogo, The Governor of AEW, and I am the hardest bastard you’ll ever set eyes on.”

Watch the video where Anthony Ogogo addresses Billy Gunn from his hospital bed via the tweet embedded below.

I’m gonna hurt ya, @RealBillyGunn I’m going to hurt you! Bruised and a bit banged up but I’m still the hardest bastard in @AEW. pic.twitter.com/oBMIgAXEt7