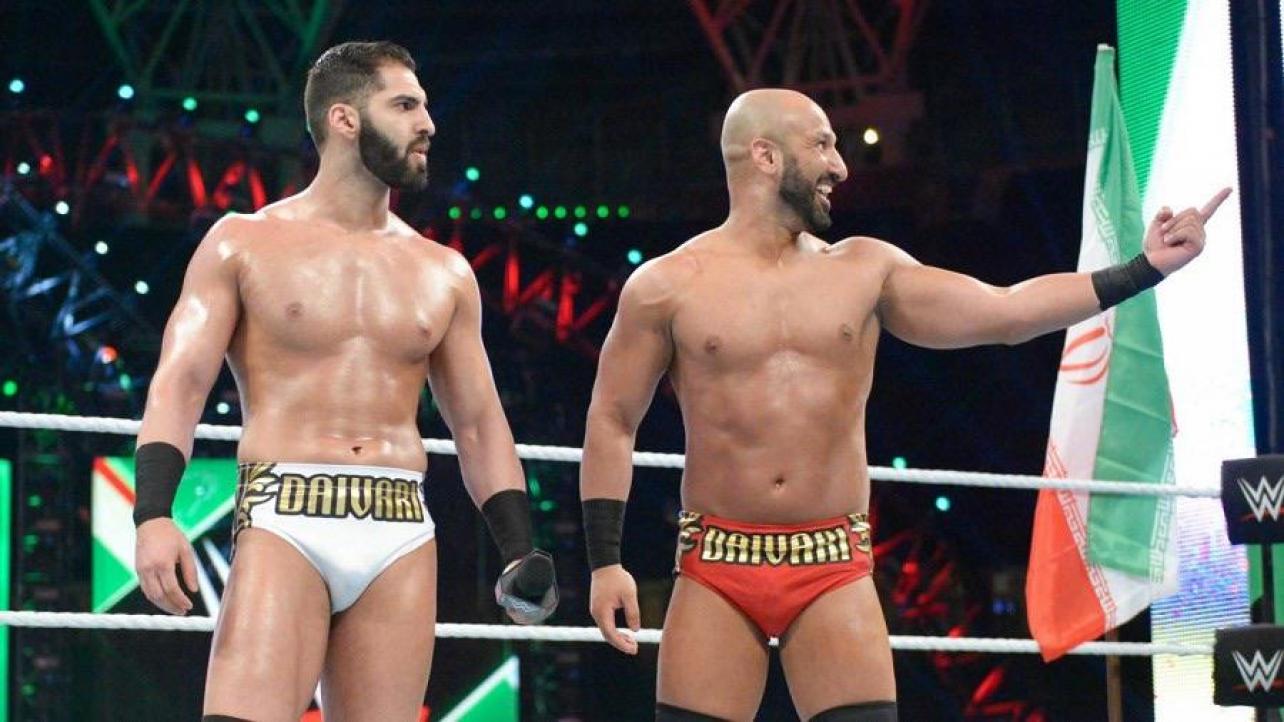 During the discussion about the segment, Daivari shared the origins of the promo. Ariya also explained why his brother, Shawn, appeared in the segment, and more. Check out his comments below.

On the origins of the promo:

“From what I was told, that was requested from the Saudi Prince. Whether that’s true or not, I don’t know. He booked the show. At the end of the day, it was his idea, and for me, particularly being fairly new at the time, you’re not gonna say no to stuff. All this Saudi stuff was a big deal. It was a big money deal. Backstage, they made it seem like how important these Saudi shows are to the company. They’re doing the very first one, and as a cruiserweight, I’m not gonna be like, ‘No, I’m not doing this type of thing.’ You just kind of have to do what you’re told or at least that’s how I felt about it.”

On the reason why his brother came along:

“The only reason my brother came is, some people may not know this, but my neck was injured at the time. I was completely on the injured list, and they called me one day and said, ‘Hey, can we get your brother’s information because we’ll just send him to go do this thing,’ and that was a situation where I was kind of like, ‘Oh damn, maybe we can do something together.’ And I told them, ‘Hey, if you guys will let me like, I’ll still go too, injured or not. Maybe me and my brother can do it together,’ and they were all about it. That was the reason why, if you ever go back and watch it, he took all the bumps. I just got pushed onto my ass and rolled out of the ring, and then he took all the bumps because I wasn’t cleared to take any bumps at that point, so that’s why they brought my brother along too.”

On wishing he wouldn’t have gone through with the promo:

“Looking back on in hindsight, and hindsight’s 20/20, I wish we didn’t do it, and you never want to disrespect people. And it’s not like people in the United States were upset about it, but people in Iran, people in Saudi Arabia, they didn’t like it, and I said, ‘My goal was never to offend anybody.’ You never want to do that with wrestling. I really care about wrestling. I really care about my work. I don’t want to offend anybody or stuff like that. That was why I took it upon myself to put out that apology. Nobody told me to do it. The company didn’t ask me and all that stuff. I was gonna do it myself. I want to make this right. If it truly offended people, and they’re not understanding that this is just a show, then I’ll say I’m sorry. It wasn’t really a big deal to me to apologize for it.”