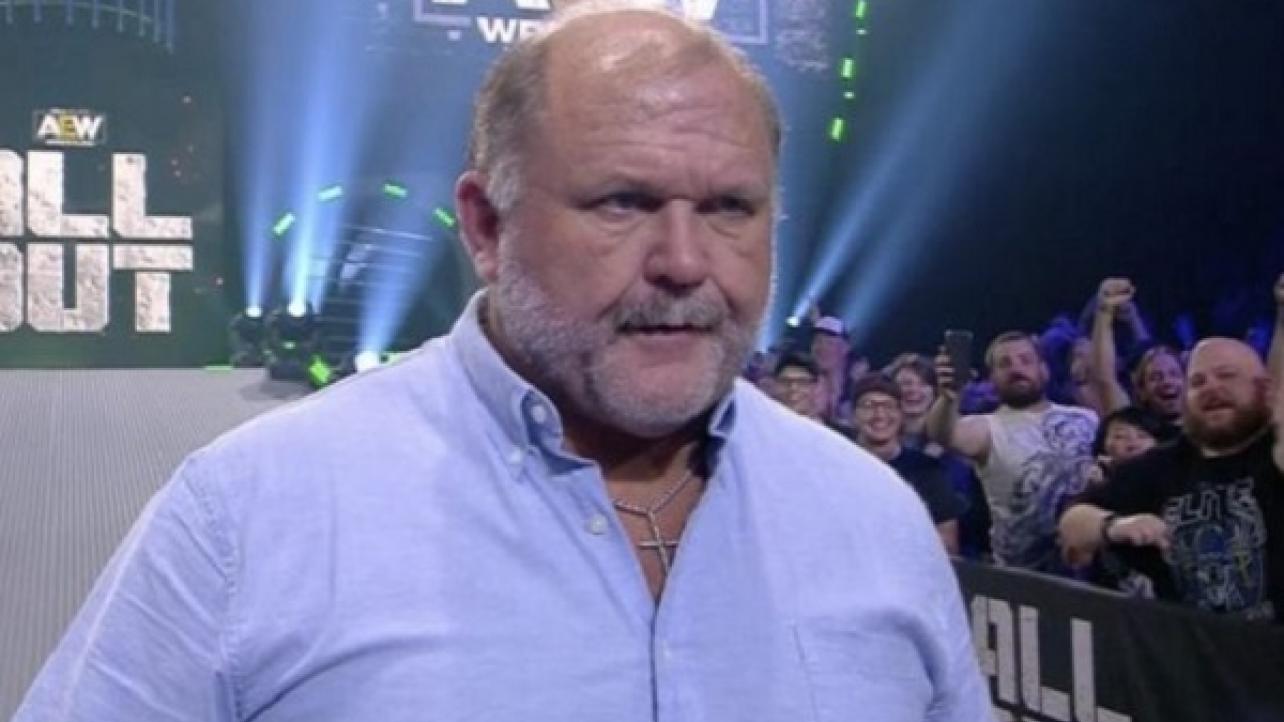 WWE Hall Of Famer and AEW agent / producer, “The Enforcer” of The Four Horsemen — Arn Anderson — recently sounded off about other wrestlers using the “Anderson” name.

On first hearing about former ECW star CW Anderson using the “Anderson” name and its’ origins: “CW Anderson years ago, his name popped up and it wasn’t during the era of social media so you couldn’t just punch in his name and find out about him. I was getting stuff through the grapevine. They were telling me, ‘Hey, there’s this kid in the Carolina’s that looks like you, and works like you, and uses the name and all that stuff.’ Basically there was only one Anderson, legitimate, and that’s Gene. The rest of us basically stole the gimmick. From Ole, to Lars, to me, to everybody else. Or we’re blessed with the gimmick. However you want to look at it.”

On CW Anderson asking permission and current WWE Superstar Karl Anderson using the “Anderson” name: “One time I met CW Anderson, and he did, he was very respectful. He said, ‘Hey, do you mind if I use the name?’ and all that. I said, ‘Young man, if you can make money using that name and you add something to the fact that you are an Anderson, and you go out there and conduct yourself the right way within your company, within the industry, within the business, within your own mind for that matter, if you are gonna be an Anderson, then be one.’ And the guy turned out to be a credit to the business for everything that I’ve heard about him. Certainly Karl Anderson, exactly the same thing. Guy’s a tremendous human being, he’s a tremendous performer. Him and [Luke] Gallows are two of my favorite people. If they can get some type of rub or notoriety off of that, more power to them.”

Check out the complete Arn Anderson interview below, or at Fightful.com.