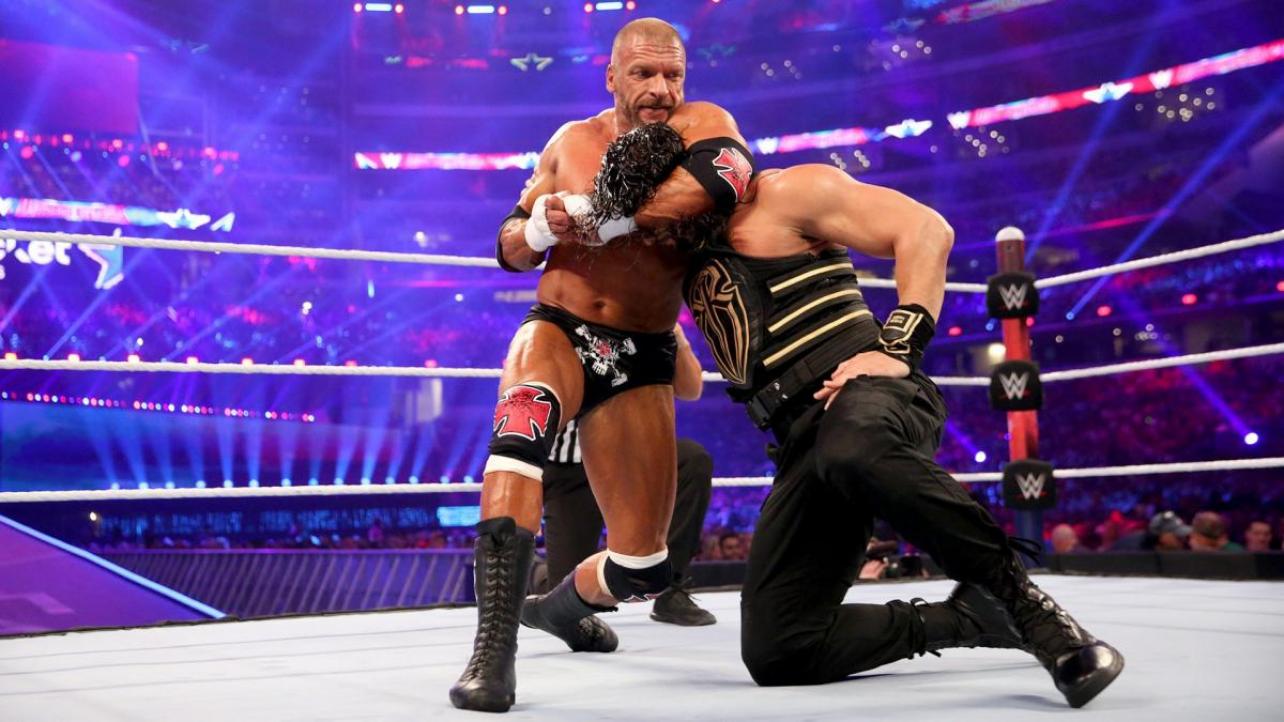 Arn Anderson recently pressed the record button for another edition of his ARN podcast, and discussed the WrestleMania 32 main event. Arn shared his thoughts on Triple H, who entered the match as the WWE Champion. Anderson told listeners:

“Hunter is a worker that probably came out of 1985 to 1990. He’s an 80s worker. So, it’s a lot easier to get yourself back in shape when you work that style, and he’s a wrestler. His style is a wrestler. Roman Reigns is not a high spot guy, either. So, for the participants involved, I think it was probably physically a good matchup. Timing-wise and all the other things you’ve got to consider and what’s going on with the build to Roman and how Hunter is perceived at that moment in time – you get to a point in this business where you’ve been around and you’ve been on top for a long time, and it’s not about wins or losses. You become iconic in people’s eyes because they know what you’re gonna get with you. They get comfortable with you and they have expectations of you. I think everybody knew it was gonna be a good match.”

Arn continued to speak about the WWE Championship bout, and why the WWE Universe may have been suffering from “mental exhaustion”, by the time the match went down. The former WWE Agent explained:

“Stephanie took the bump of the match. She’s a pro, and when she’s on, she’s the top heel in the business. Did you happen to look at your watch when you got out of there? I think it was a seven-hour show……exhaustion. Mental exhaustion. I don’t care who you are, fans cannot stay interested that long. More is not better in all cases. It just isn’t. Getting back to that main event, I knew it would be a good wrestling match. But after six and a half hours, or four and a half hours of the regular show – to go 30 minutes, and I heard from other people that people were piling out of there. Five minutes into the match, people were filing out of their seats in the stadium. That’s not the talent’s fault. It’s just too late in the show, and it was a predictable finish. All those negatives you don’t want to have, and I just think people were exhausted. The end result was what they said it was, and they did not want Roman to be the babyface.”

“The 100 percent faith in himself that he can make any idea that he as a reality, and everyone will accept it. That Roman Reigns was gonna be the lead guy as a babyface for the company, instead of seeing way back when years before that’s not what they wanted Roman to be. Roman doesn’t have to say anything. All Roman has to do is come through the curtain and be an ass-kicking machine. They don’t want him to be a nice guy. They don’t want him to be clever. And they certainly don’t want to see him spear five or six heels at a given time. One of the things I learned from Vince early on is don’t shove a babyface down people’s necks if they aren’t gonna accept it because they’ll regurgitate it. We got away from that theory and quit listening to our audience because they’ll absolutely tell you what they want.”