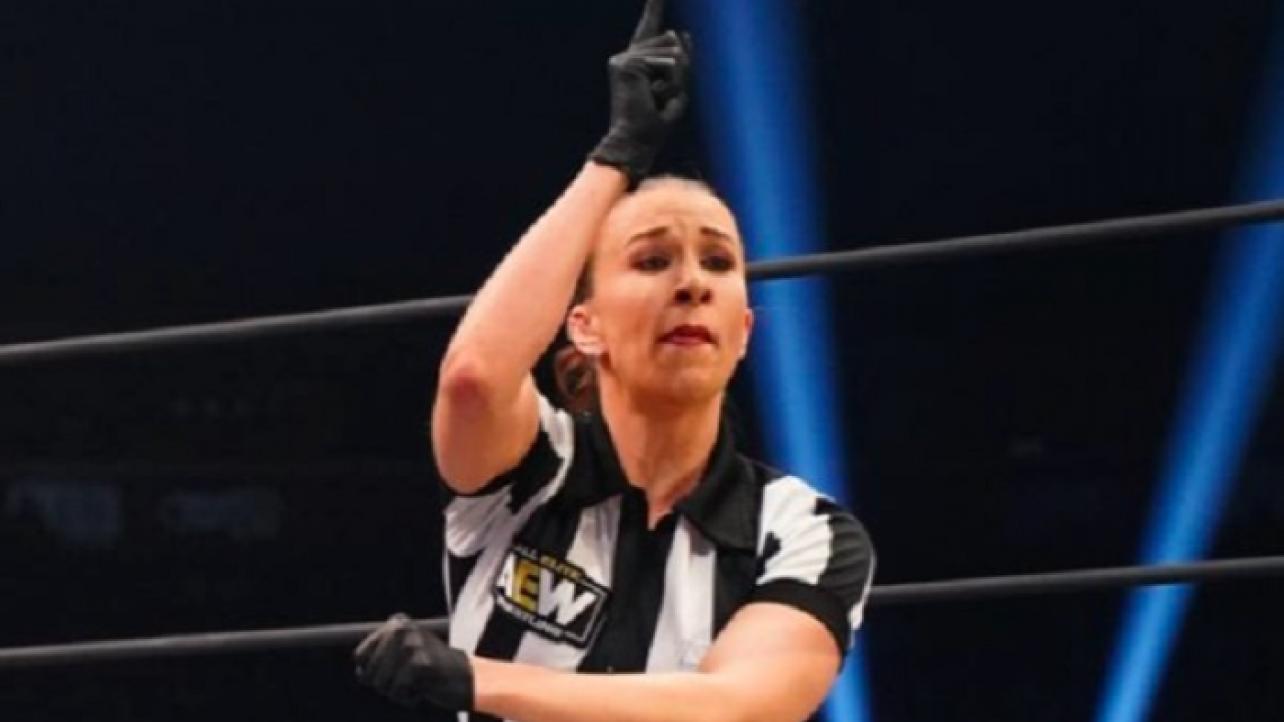 Aubrey Edwards recently appeared as a guest on the Into The Danger Zone podcast for an in-depth interview covering all things pro wrestling.

During her appearance on the popular program, the AEW women’s referee and co-host of the AEW Unrestricted podcast spoke about the upcoming AEW console game, her work on Elite GM and more.

How important the project Elite GM is to her and the anticipation of the AEW video game: “I don’t want to be like, ‘Peace guys,’ and just go over and work on the cool hotness, and ditch my buddies over here because it’s still a project that is important to us and of course needs to continue to generate revenue for the company. So I totally agree with you that anticipation is very high. For me in particular, because I really, really want to work on it. Console games are like my bread and butter. I’ve shipped six of them.”