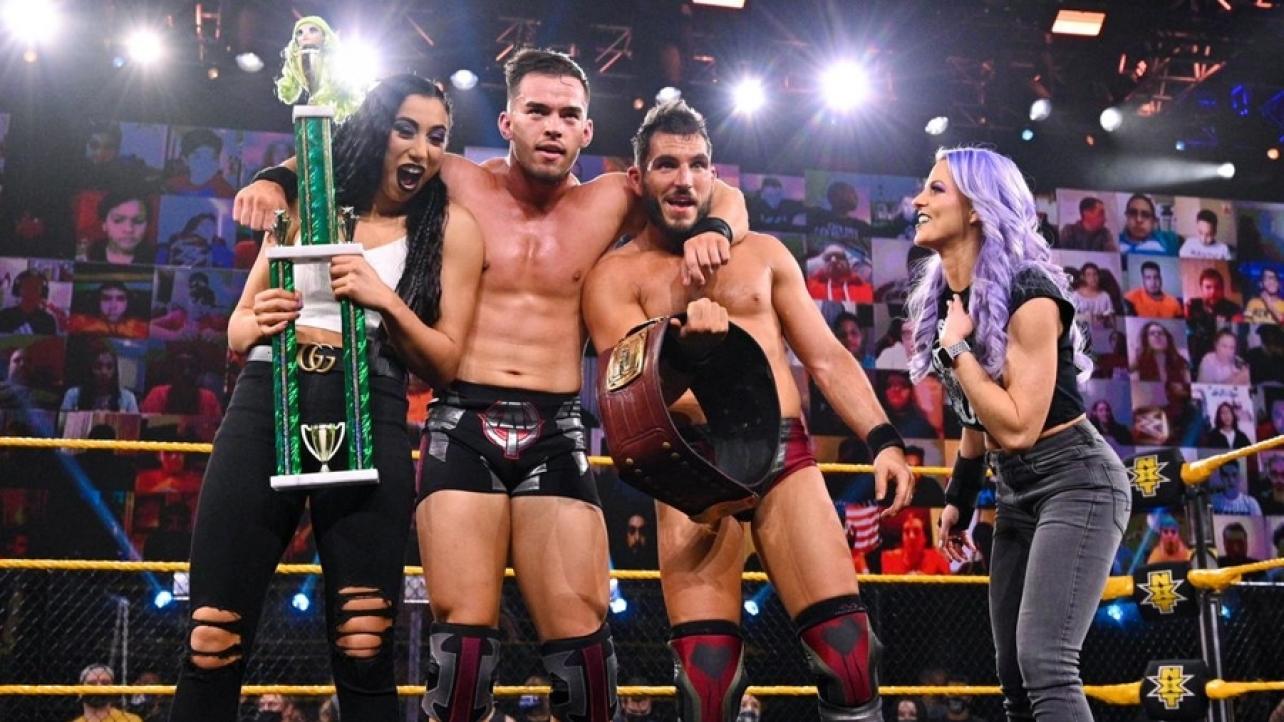 On Monday, WWE NXT Superstar Austin Theory stopped by Table Talk, where he explained the chemistry between himself and the rest of The Way. Theory also spoke about his time working with Seth Rollins on the WWE main roster, and more. Check out his comments.

On working with other members of The Way:

“It’s not a group, it’s not a faction, it’s definitely a family. That’s why I think it’s so different. These past weeks though, we’ve all been kind of doing our own things and we’ve been away from each other, but at the end of the day, we’re a family, and I think that’s why everything clicks. I remember when it first started, we were like, ‘We’re gonna put this group together.’ A lot of people were like they don’t fit. I think now, people are like, ‘Oh wow, it’s a family. Johnny’s the dad, Candice is the mom, Austin is the son, and Indi is the daughter.’ I think it’s come across really well.”

On his experience working with Seth Rollins:

“It was great. Any experience with somebody higher up is always really good. It was a crazy time just with how we were filming stuff so randomly. I knew I was doing WrestleMania, but it didn’t seem like it because everything was going so fast. Wednesday, we’re filming Raw. Thursday, we’re filming WrestleMania. It was ‘boom, boom, boom.’ It was, ‘Hey, you’re not in this group anymore, you’re gonna be with Seth Rollins now.’ Just getting to sit there and watch, he was always cool. Anytime I have a question or wanted to ask, he was always there and giving advice, but it was such a busy time and everybody was on their toes and we were in the work mindset and constantly like ‘let’s get this done and do this and do that.’ It wasn’t like how it would be being back on the road where we know what we’re doing this on Monday, Friday, and Sunday. There is more time to learn from somebody. I feel like if I did have more time with him, there would be more that I would learn. It was such a hectic time, but the experience was great. I wouldn’t ever skip that moment in my life, and I’m a strong believer in everything happens for a reason. It was real cool and a great experience.”