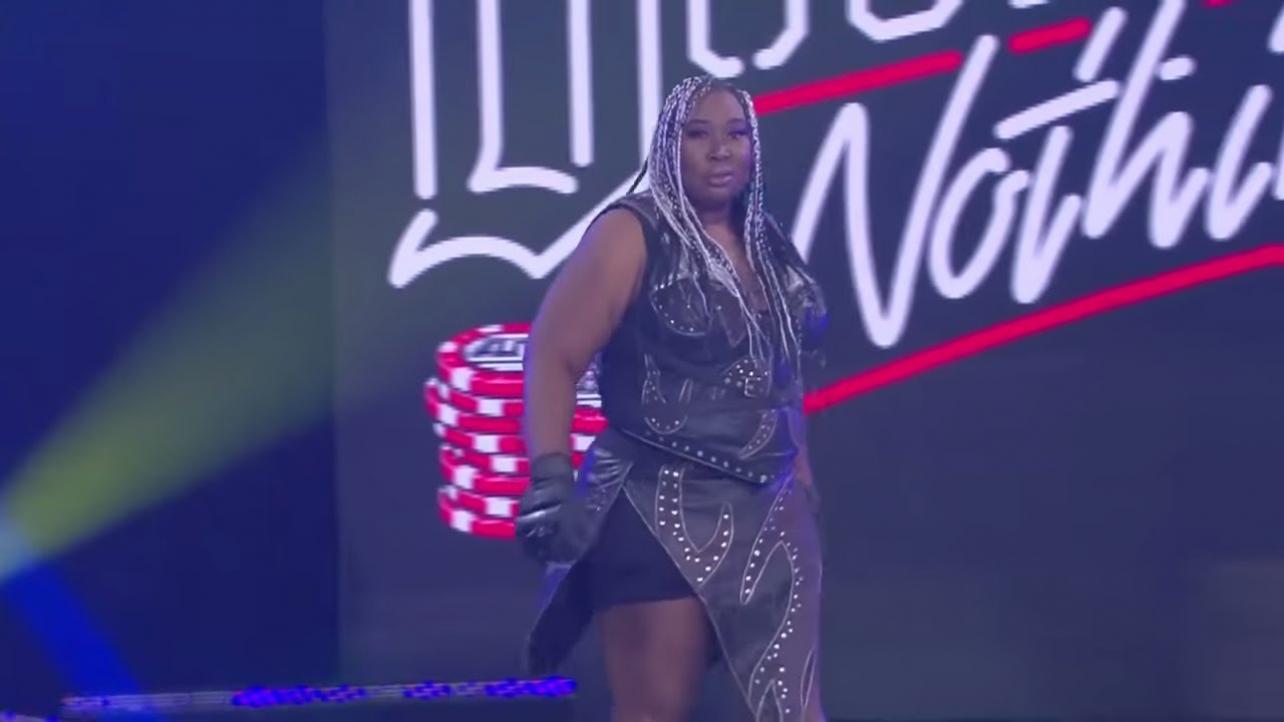 Awesome Kong Looks Back At Her Time In AEW

Awesome Kong recently appeared as a guest on the Ring The Belle podcast for an in-depth interview covering all things pro wrestling.

During her appearance on the program, the women’s wrestling veteran reflected on her time in AEW and spoke about her potential interest in becoming an agent behind-the-scenes in the business.

On her experience in AEW: “It [AEW] was a great experience. Everyone there has the great intentions of making sure wrestling is propelled forward. They want all their friends — friends… fans are friends, you know? Especially when you need a tissue or a ride to the airport. But, they want all their fans to be satisfied with their product and they work really hard and use their imaginations to make sure that you guys feel fulfilled after you watch each show.”

On how she would be interested in working as an agent: “Well, I would always love to contribute in any way in wrestling period. If AEW would like to utilize my brain again then that is up to them. My brain is for hire right now. Not my body, not anymore. I don’t do that anymore.”

Awesome Kong Looks Back At Her Time In AEW