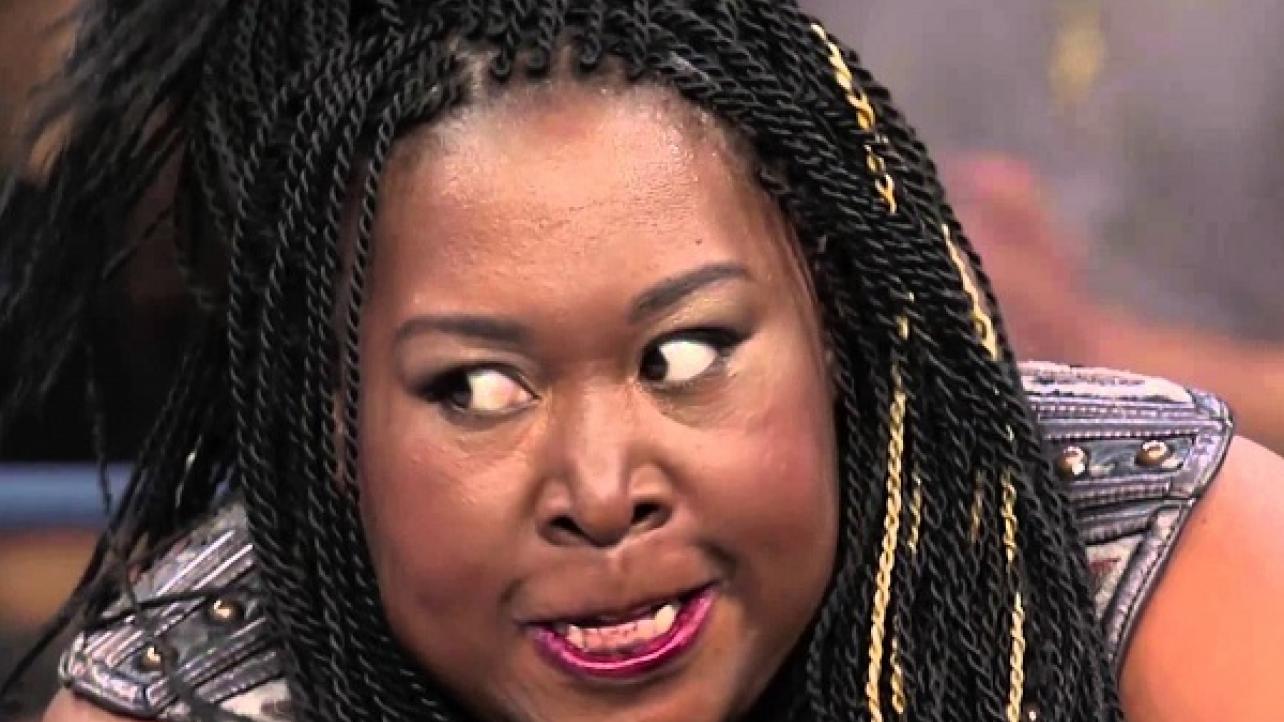 Former WWE and Impact Wrestling Superstar Awesome Kong (Kia Stevens) recently spoke with the folks at The Ringer for an interview. Featured below are some of the highlights.

On not initially liking her ring name: “When I first went to Japan, I didn’t get to choose my name, Amazing Kong. In fact, I was training in Santa Monica at the New Japan dojo and Shinsuke Nakamura, who’s now a WWE superstar, called me Kong. I didn’t know if he was just unaware of the connotation that Kong would have for a black person, because he was from Japan, but I got really upset. Then they had to explain to me that they’d recently had a press conference, and that the company that was bringing me over had named me Kong.

“So I had to go home and really contemplate and really consider what I’d be getting myself into, and whether or not I should just ditch the job, even though it would be a great opportunity for me. I was at home, in Hollywood at the time, and an N.W.A song came on. I remember thinking, “Hey, N.W.A stands for what it stands for.” Since they can be N.W.A, I could be Kong, and I would make this name my own, and make anyone who sees it, hears it, and relates it to me understand that it’s about respect. And that I did. Anyone who sees Amazing or Awesome Kong respects that name first. I feel that that’s a goal that my people should always work towards, not a meaning of ridicule or put-down, but always respect. I owned it, and I own it today.”

On the way crowds in Japan reacted to her: “In Japan, the fans take it extremely seriously. They report wrestling in the newspapers as if they were reporting on baseball. They really buy into the magic of wrestling. And since I was Kong, a definite monster heel, and was definitely the opponent in the ring, there were a few fans that were generally upset and scared for their hero. They would try to knock me down a peg before I would even get into the ring. But I found that to be hilarious, because I felt like if they hated me that much, I felt like I was doing my job. It had nothing to do with my name. It was all about commanding respect, and they hated me for the character, not because I was black or my name was Kong or anything like that. I didn’t go through any of that.

“There were people who, when they found out I was a wrestler, they didn’t know anything about wrestling. So when they heard my name, they were like, ‘Oh my god, girl, why would you let them name you that?’ Then I had to explain it to them—that if you’re a fan of wrestling and you hear the name Amazing or Awesome Kong, you sit up straighter.”

Check out the complete Awesome Kong interview at TheRinger.com.