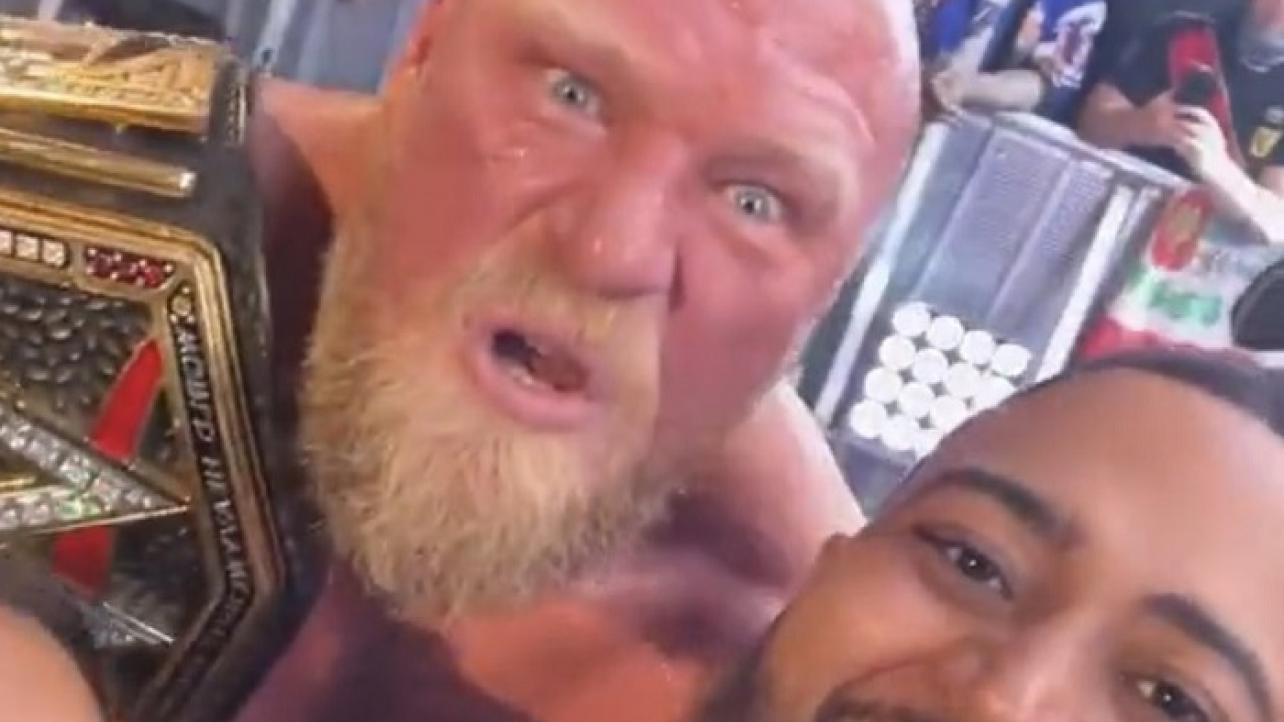 Babyface Brock Lesnar is something else.

As noted, “The Beast Incarnate” captured the WWE Championship by emerging victorious in the WWE Day 1 main event on Saturday night.

The longtime WWE veteran was a late-addition to what became a Fatal-5-Way title showdown, with Big E. defending against Lesnar, Bobby Lashley, Kevin Owens and Seth Rollins as a result of Roman Reigns being pulled from the event after testing positive for COVID-19.

Lesnar scored the pin fall victory on the man who walked into the show with the title, as he picked up the 1-2-3 over former champion Big E. after connecting with his F-5 finishing move. The show went off the air with Lesnar celebrating his win in the ring with his WWE Championship title belt.

Following the show, Lesnar seemingly hung around for a while, as several photos have emerged on social media that show a jolly-looking beast putting forth his most photogenic side, as he snapped pictures with a number of fans at ringside and on the way to the backstage area at the State Farm Arena in Atlanta, Georgia.

As seen during the WWE Day 1 show on Saturday evening, Steveson and his brother, Bobby (a.k.a. WWE newcomer Damon Kemp), were seated in the front row throughout the event. Once the event wrapped up, the duo visited the backstage area, where Gable snapped a picture with Lesnar, and his brother Bobby (Damon Kemp) took one with Paul Heyman.

Featured below are all of the aforementioned photos of Brock Lesnar from WWE Day 1, including his meet-up with Gable Steveson backstage after the show, several shots of him making extremely animated / intense facial reactions while taking photos with multiple fans throughout the arena, as well as video footage of his title victory in the WWE Championship Fatal-5-Way main event.

This Brock is just different. pic.twitter.com/8zzbSdjPEr