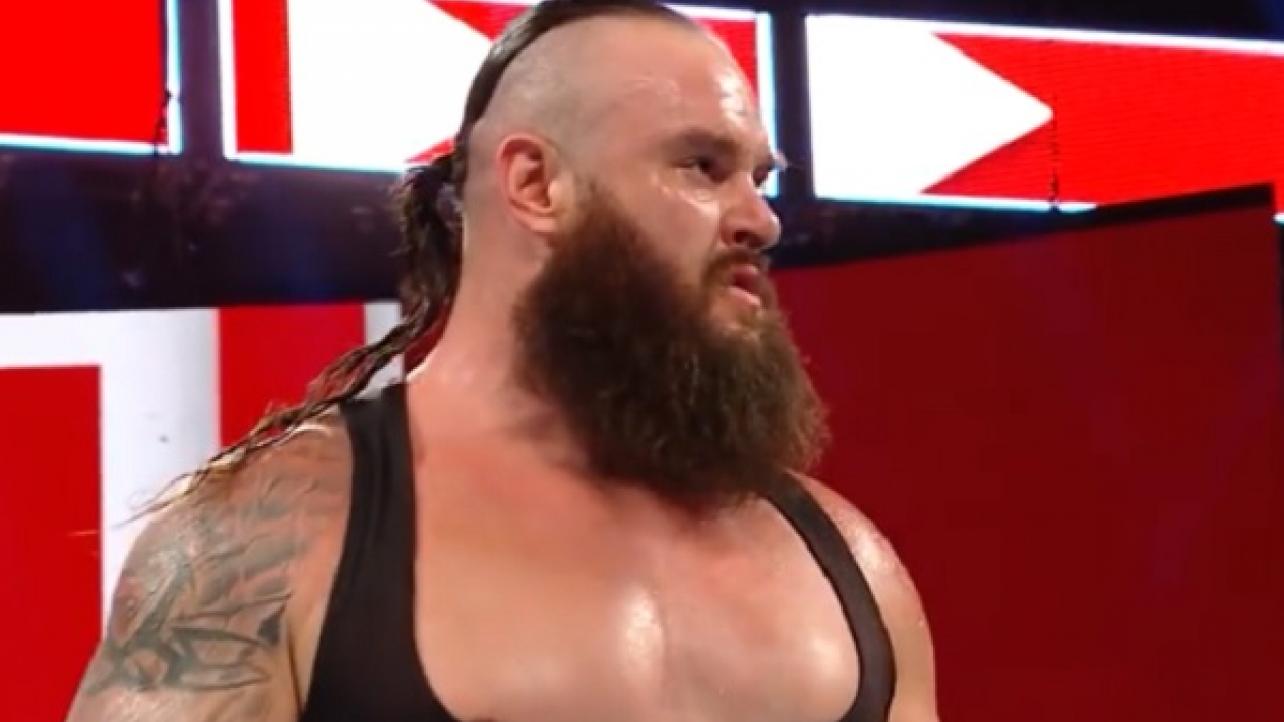 We recently reported that a story by PWInsider suggested that Braun Strowman has struggled with etiquette backstage, often showing up late to events and leaving early, which may have impacted WWE’s decision to not push him as Universal Champion.

Mike Johnson of PWInsider posted a note today, clarifying his statements by suggesting that Strowman’s issues were in the past and that at no time did he mean to imply that he is currently in the doghouse or has any sort of backstage heat with WWE or Vince McMahon. He is not in any sort of trouble, which would be obvious as he remains in the main event picture.

“While discussing Strowman and why WWE has yet to go with him as Universal Champion, I discussed several things that had happened in the past with him as examples of why the company has, at times, backed off on him during periods where it appeared he was destined to be the top tier babyface. These were issues that were discussed as background details, not anything that was presented as “breaking news” or as issues that led into the WWE’s current booking direction. So, again, Braun is not dealing with any heat. He’s not being booked to be punished for anything and like everyone else who goes out and performs in a wrestling ring, he deserves better than to have stories that aren’t rooted in reality reported about him. “