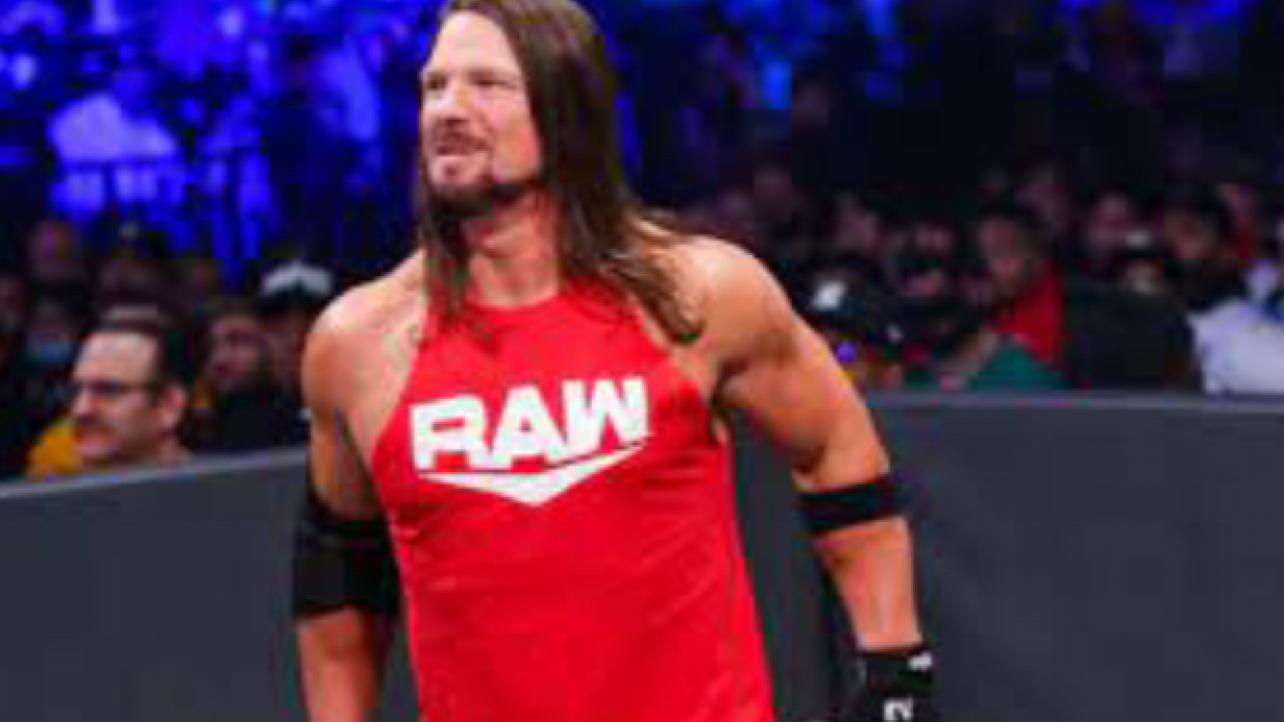 — AJ Styles recently signed a new multi-year WWE contract which according to reports will pay him about $3 million annually with his previous deal set to expire this summer. The Wrestling Observer Newsletter reports that if the yearly salary is accurate, it would put Styles in the upper tier of performers when it comes to money – trailing only Brock Lesnar, Roman Reigns, Randy Orton and Ronda Rousey. It would also put him at about the same level as Edge, Goldberg and possibly Miz and reportedly he would slot just ahead of the also recently re-signed Kevin Owens.

— The Observer also reports that there doesn’t appear to have been any contact between AEW and Styles and while Tony Khan had one time envisioned Styles to join Luke Gallows & Karl Anderson and feud with The Young Bucks and Kenny Omega, Styles was said to not really be interested in leaving WWE due to the good money he was making, the insecurity of jumping to a new promotion and the fact that he is pretty much guaranteed an office/backstage job with WWE once he retires.