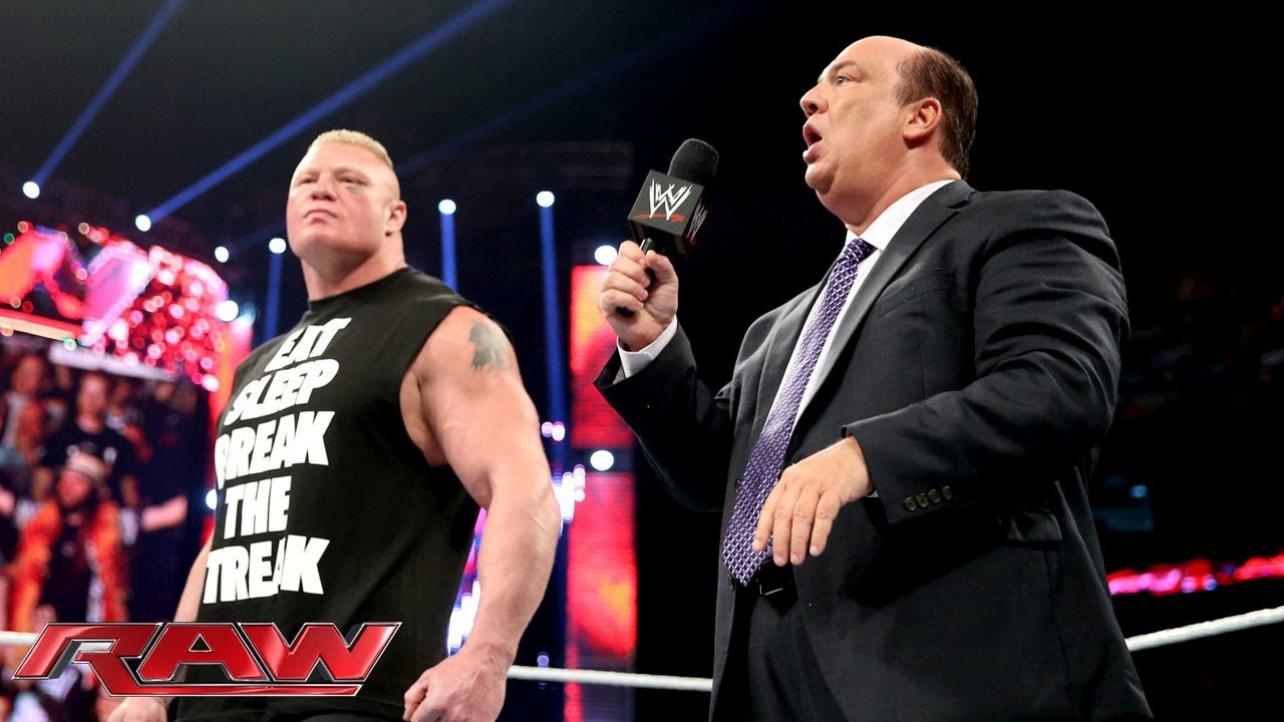 Backstage Details on Lesnar & Heyman Missing Raw; What Was Supposed to Happen

— Consistent with previous reports, the plan yesterday was for Brock Lesnar and Roman Reigns to engage in a lengthy back-and-forth segment that was to take place during the second hour of Raw, according to pwinsider.com. The segment was to include Lesnar calling Reigns a b*tch, but obviously that didn’t happen as Lesnar wasn’t even at the show and neither was Paul Heyman.

— In a very late re-write, Reigns was given mic time alone where he cut a promo on Lesnar, speaking to Brock’s inconsistent schedule and lack of respect to the fans and his fellow wrestlers, while putting over his own tendency to wrestle regularly as well as speaking to his family lineage. As noted before, while this solo promo was not in the script, much of what Reigns said was approved by WWE officials.

— Where Brock Lesnar is concerned, his absence from a show in which he was heavily advertised remains a mystery. Lesnar usually arrives very late before a Raw and keeps to himself in his own private dressing area so his absence even shortly before Raw was not a huge surprise. However, Paul Heyman is the complete opposite, arriving early and making himself and his advice available to other talent who come up to him for his insight.

— Why the two were not at Raw is unknown, but it’s certainly related to Sunday’s incident where UFC’s Dana White posted a photo on social media showing him to be with Brock Lesnar while WWE’s Elimination Chamber was underway. While Lesnar was in Vegas, it is not clear whether the picture itself was from yesterday or if it was taken in the past but only posted on Sunday. In any case, Lesnar missing Raw could likely be chalked up to one of three things:

a) He no-showed Raw as some sort of negotiating tactic or to gain leverage when dealing with his soon-to-be expiring WWE contract.

b) He upset WWE officials by appearing in the Dana White photo and they told him not to come to Raw.

c) It is a storyline, perhaps to try and turn him heel and give Roman Reigns momentum as a face ahead of their clash at WrestleMania 34.

— WWE.com made reference of Brock’s absence and even stated that they reached out to Heyman for a comment, but were unable to reach him. That seems to support the theory that this is all a work. Either way, Lesnar’s next scheduled appearance is in two weeks and if he’s not there, we can probably conclude that something significant is happening.

Backstage Details on Lesnar & Heyman Missing Raw; What Was Supposed to Happen