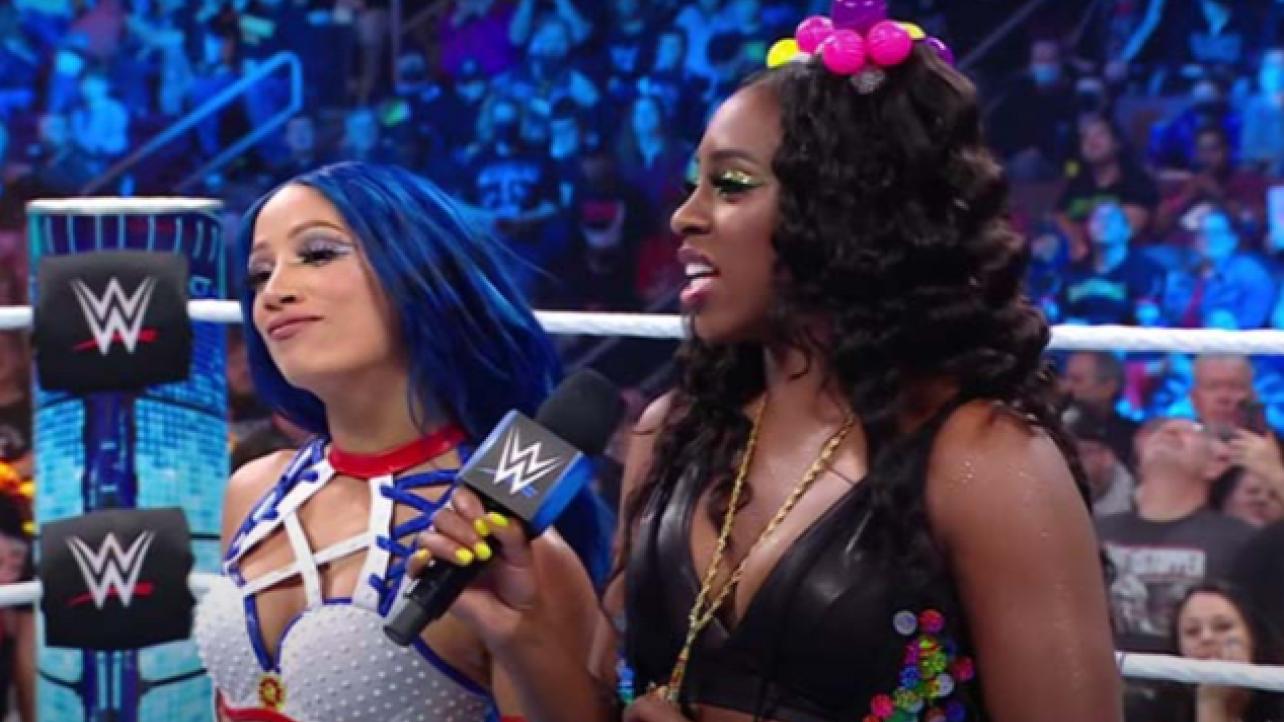 — Sasha Banks & Naomi both not only refused to perform on Monday’s WWE Raw, but they walked out at the last minute when the show pretty much already went on air. Fightfulselect.com was in contact with some wrestlers backstage and the reaction to the duo’s action appears mixed.

— Some wrestlers felt that walking out of a show that you were scheduled for was completely unacceptable and even when Steve Austin “walked out” years back, it was not at the show itself – he simply never showed up and WWE had plenty of time to re-write Raw. Other wrestlers added that if you leave during a show without getting proper approvals, it is likely to lead to the company burying you throughout the show, which partially explains why WWE was feeding lines to the commentators and released a statement soon after the incident played out.

— The report noted that the general consensus though is that being unhappy with creative is acceptable, walking out is fine, but leaving during the show is not. Others understood the creative frustration but didn’t find it worthy of walking out. And still, even others felt that “someone needed to do something like this to make a stand.”