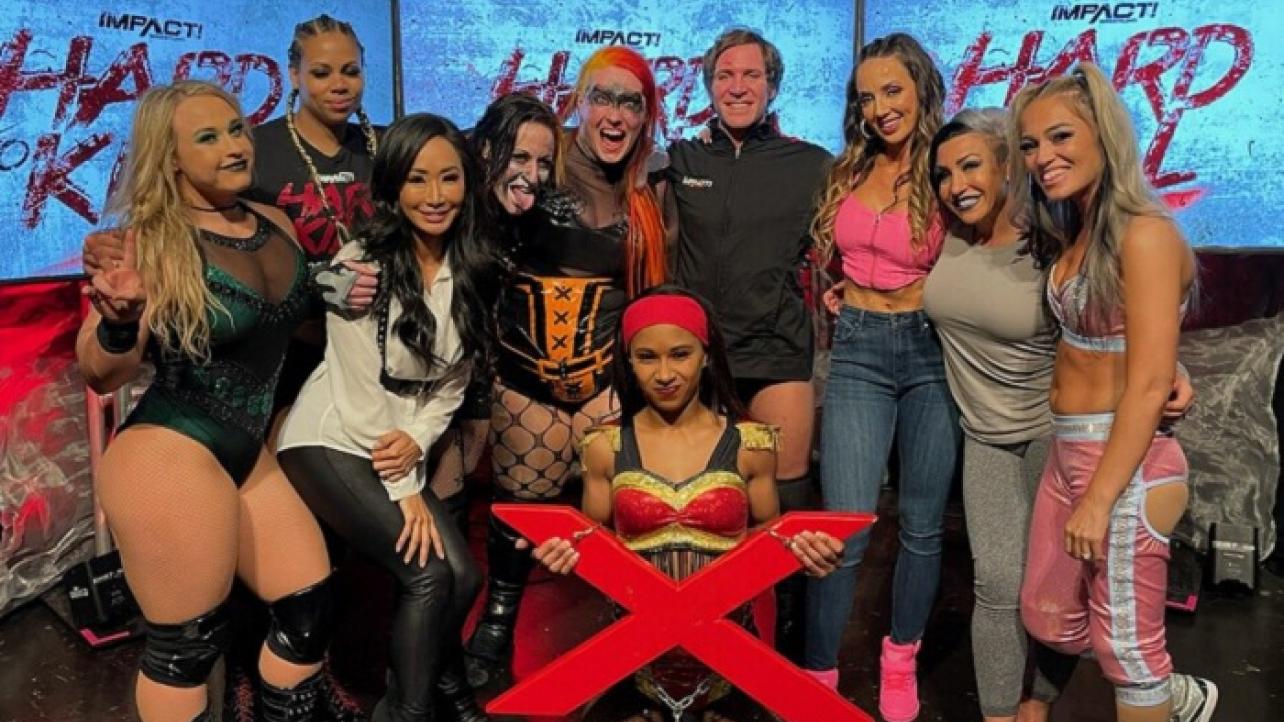 At the IMPACT Wrestling Hard To Kill 2022 pay-per-view on Saturday night at The Bomb Factory in Dallas, Texas, Tasha Steelz emerged victorious in the first-ever Knockouts Ultimate X Match.

After the show, Mike Johnson of PWInsider Elite revealed some interesting behind-the-scenes news and notes going into, and coming out of the inaugural installment of the popular IMPACT Wrestling original gimmick match.

It was eventual match-winner Tasha Steelz, as well as IMPACT Digital Media Champion Jordynne Grace who initially pitched the concept of having an all-women’s version of the IMPACT-exclusive match, which until the Hard To Kill show on 1/8, had only featured male wrestlers.

According to the report, Steelz and Grace had been consistently pushing for IMPACT Executive Vice President Scott D’Amore to pull the trigger on booking an all-Knockouts Ultimate X match for some time.

Steelz and Grace, along with the other four competitors who ended up working the match (Chelsea Green, Lady Frost, Alisha and Rosemary), found out when the actual announcement was made on IMPACT On AXS TV by D’Amore himself in a backstage segment.

IMPACT officials were able to breathe a sigh of relief after the match, as thankfully all-involved in the match managed to get through the extremely physical contest without any serious injuries past the point of being “banged up” from the hard bumps involved in such a contest.

Featured below is a photo shared by longtime IMPACT veteran Chris Sabin on social media that shows the aforementioned six talents who worked the first-ever Knockouts Ultimate X Match backstage at The Bomb Factory in Dallas, TX. after the match.

The torch has been passed. These amazing ladies are Ultimate X! pic.twitter.com/GKSqNWlV7g