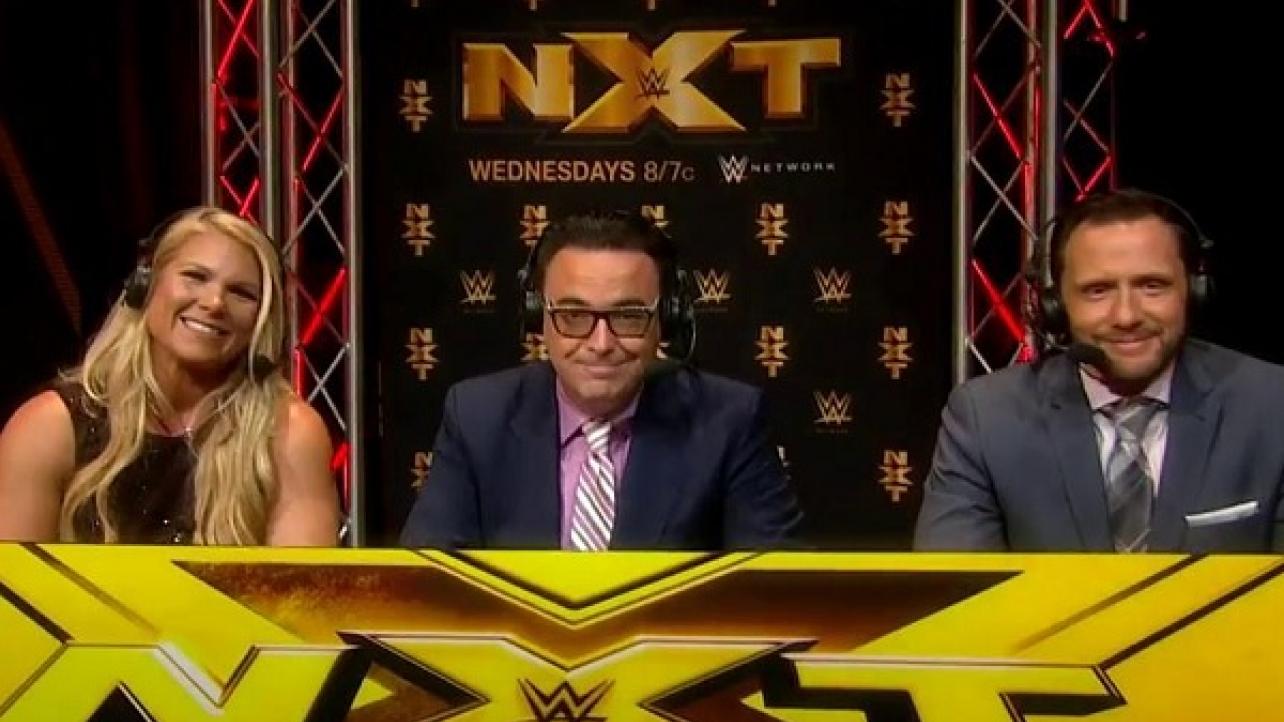 As far as the commentating situation when it comes to NXT going live, as of this time, Mauro Ranallo, Nigel McGuinness and Beth Phoenix are expected to remain in their positions.

There was some speculation on Ranallo’s future as he had previously indicated that he liked NXT’s once monthly taped schedule, not to mention that he was also clashing with Vince McMahon when he was previously an announcer on Smackdown.

The latest Wrestling Observer Radio noted that the schedule isn’t a big deal for him and with McMahon not likely to be at NXT, there won’t be issues on that front either.

Ranallo for his part confirmed that he would be a part of the commentating team, despite the show going live:

One more time for the kids in the back (& because Twitter can never take things at face value) I WILL BE ANNOUNCING @WWENXT ON @USA_Network EVERY WEDNESDAY AT @FullSail Now back to your regularly scheduled trol-I mean tweeting. #NXTOnUSA