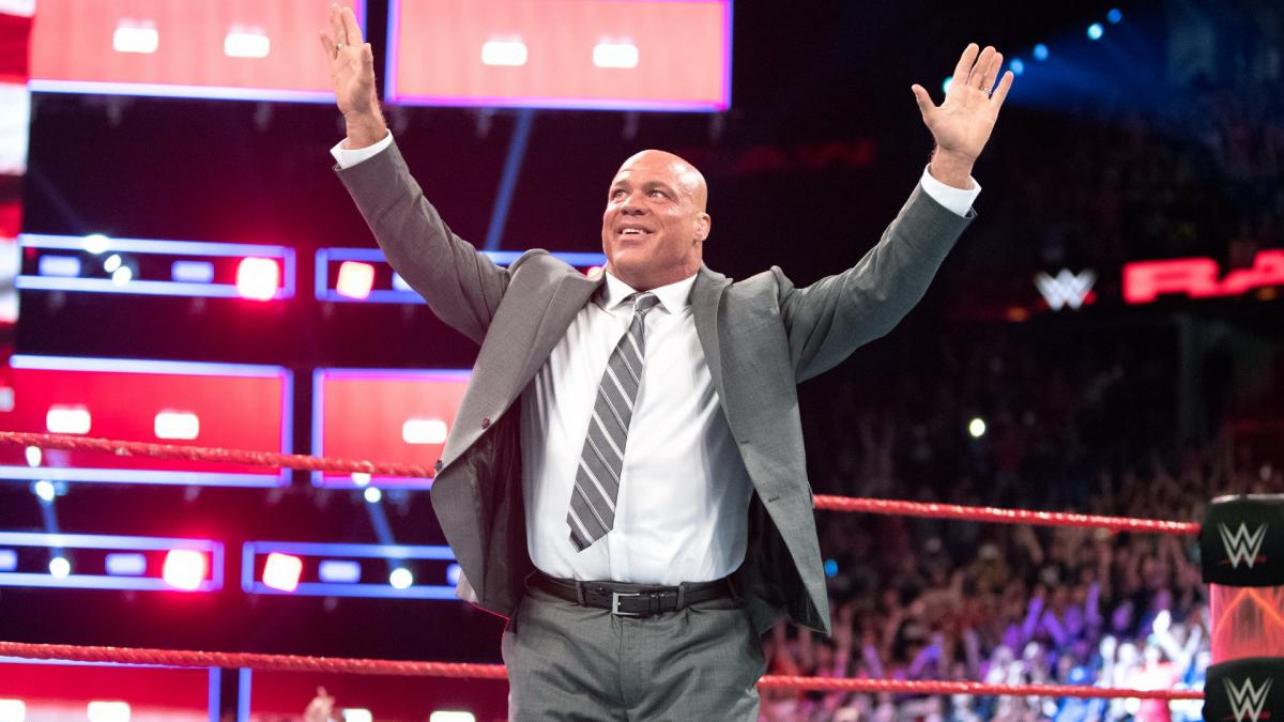 — WWE Hall of Famer Kurt Angle recently appeared on his podcast following last month’s Royal Rumble to reveal that WWE had called him in for a short-term storyline leading into WrestleMania but a week later, he then noted that those plans were canceled. It was unclear exactly what WWE had in mind for Angle but fightfulselect.com reports that Angle was planned to figure into the RK-Bro vs. Alpha Academy storyline.

— One of the pitches was for Angle was to work into the “academic challenge” which would have been “Three I’s Challenge”, playing off of Angle’s motto from his days as a wrestler. The report further adds that another pitch would have seen Angle serve as a special guest referee at the Elimination Chamber PPV next week in Saudi Arabia.