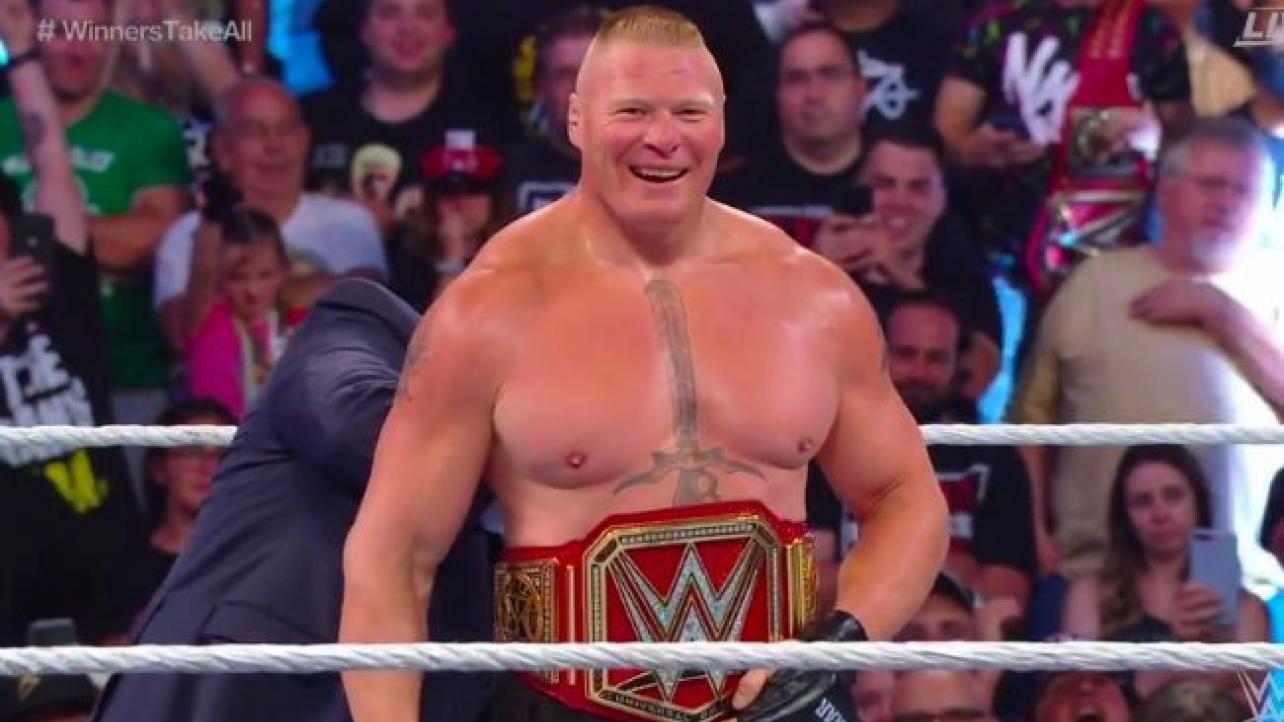 Brock Lesnar’s name was mentioned during this week’s WWE Friday Night Smackdown and it has caused people to wonder if Lesnar is headed back to WWE to feud with Roman Reigns. Ringsidenews.com reports that this isn’t the case and that there have been no talks as of late between Brock and WWE, let alone any plans of a return this summer. The fact that his name was dropped is mainly because just because Paul Heyman l”ikes to plant seeds that he and Roman can use in the future” and to get the audience talking and speculation. It’s unclear if the comment was a collaboration between Heyman, Reigns and Vince McMahon or simply something Heyman and Reigns came up with on their own.