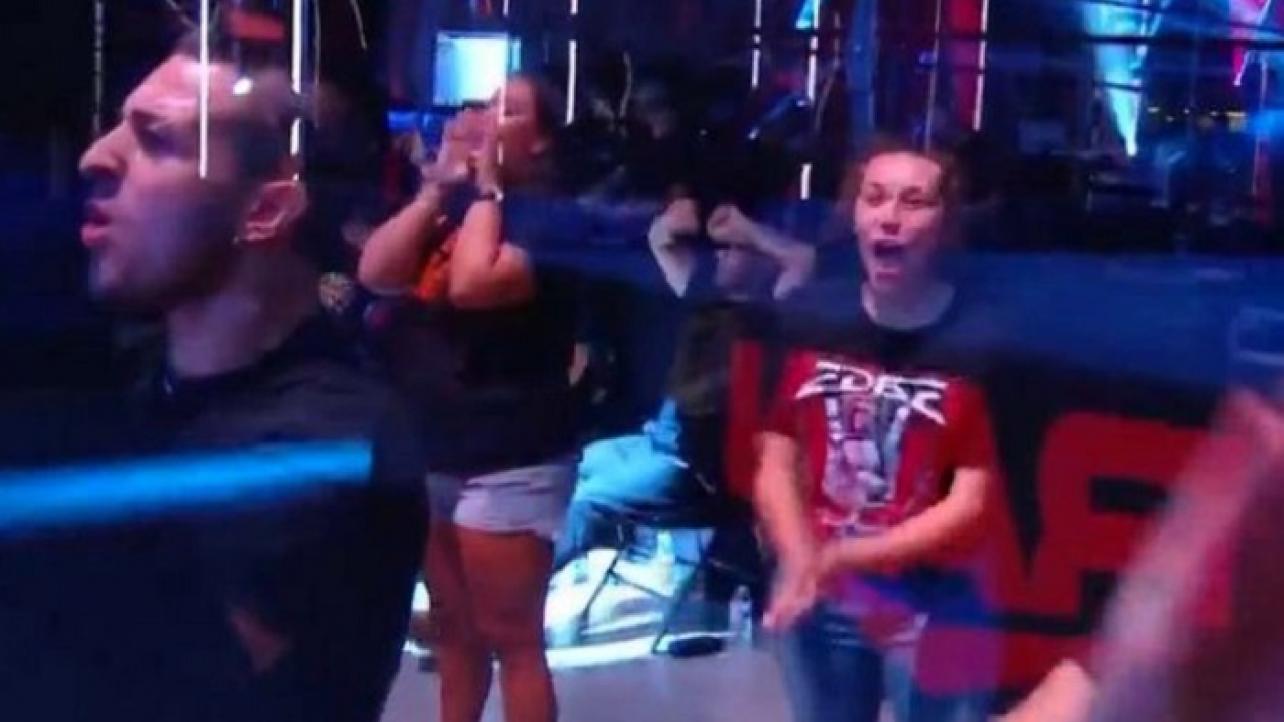 As we saw on tonight’s episode of WWE Monday Night Raw, among the audience of NXT wrestlers was a small group of fans who were allowed into the building and attend the taping.

These audience members had to sign waivers agreeing to not take any pictures or videos as well as some sort of non-disclosure about releasing spoilers.

The fans were also required to fill out a COVID-19 questionnaire and had their temperatures checked just as were required by talent and staff as well.

Some or perhaps all of the fans in attendance were said to be friends of performers.

It’s also worth noting that Dave Meltzer and Bryan Alvarez confirmed reports that those in attendance during the Monday Night Raw broadcast were not to wear face-masks, and knew this beforehand.

Just #ICYMI: The #fans at #WWERaw on Monday night were NOT ALLOWED to wear face masks during taping of #WWE red brand show at the @WWEPC (#COVID19, #COVID, #coronavirus, #Covid_19, #Corona, #CoronavirusPandemic)

However, of course I think it’s dumb to not let people wear masks in the crowd if that is true.

I don’t agree with a lot of things going on right now in general. I’ve just sorta lost the energy to want to argue with people on the internet about them all the time.