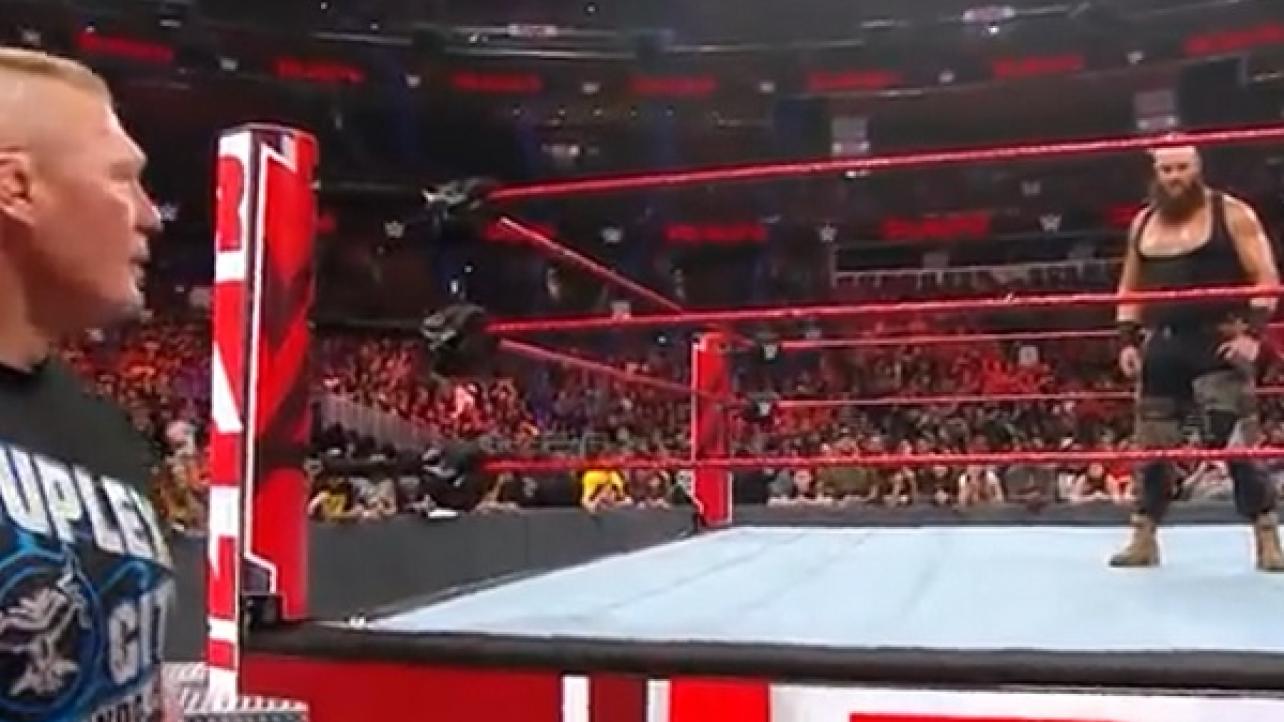 Backstage News On Strowman-Lesnar Segment, Strowman Off Road Until PPV

Ahead of their showdown for the WWE Universal Championship at this month’s WWE Royal Rumble 2019 pay-per-view, Brock Lesnar and Braun Strowman “went face-to-face” … (sort of) … at Monday night’s WWE RAW.

In what was the first episode of RAW of 2019, Strowman and Lesnar were featured in a segment that purposely avoided any physical contact between the two. According to Dave Meltzer of Wrestling Observer Radio at F4WOnline.com, the segment was designed in a non-physical manner due to the fact that Strowman has not been cleared for action since undergoing minor elbow surgery back in late November.

Strowman has made a few appearances on WWE television since the elbow operation, however this was reportedly his first official week back with the company. He is not advertised or currently scheduled to wrestle at any WWE live events from now through the WWE Royal Rumble 2019 PPV, which goes down on Sunday, January 27th from Chase Field in Phoenix, Arizona. Strowman is scheduled to make an appearance at iPlay America in Freehold, New Jersey on Sunday, January 20th.

Check out highlights from the aforementioned Brock Lesnar and Braun Strowman “face-to-face” segment from Monday night’s WWE RAW show below.

Backstage News On Strowman-Lesnar Segment, Strowman Off Road Until PPV