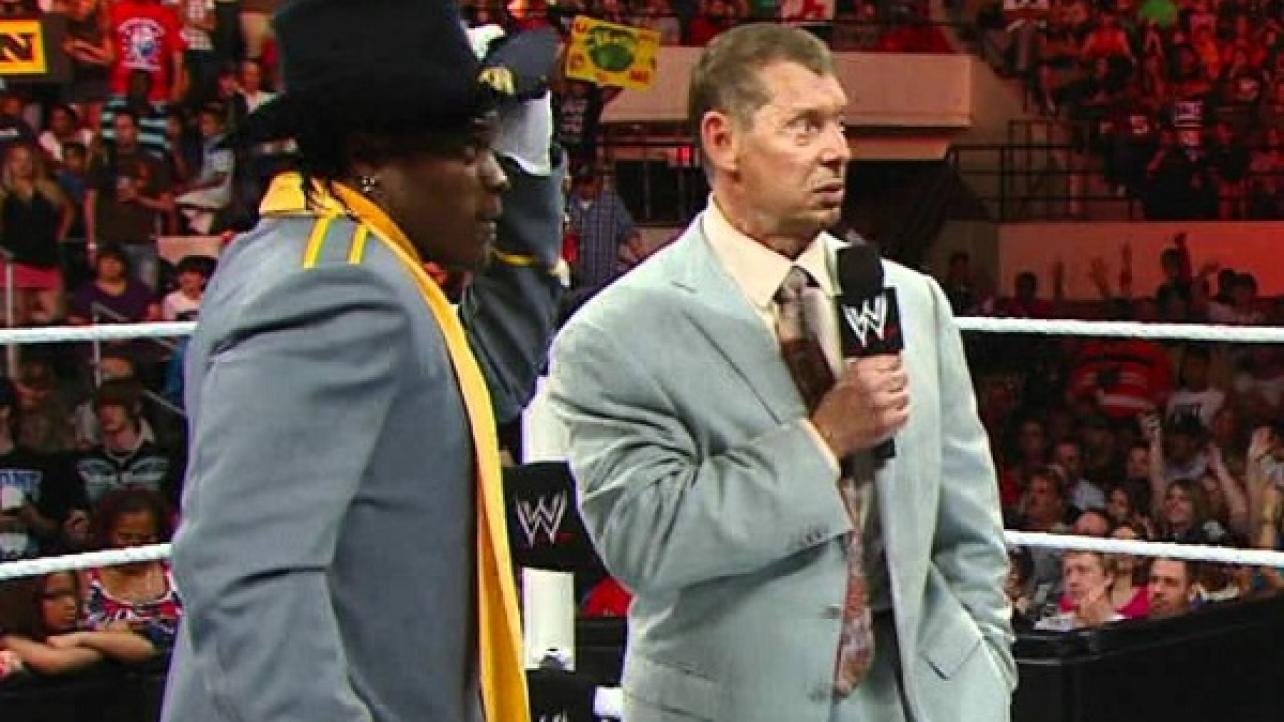 Apparently there is a reason R-Truth is being featured on WWE television and in highly-viewed social media segments as of late.

It’s actually a pretty simple one, too.

Basically, Vince McMahon loves Ron Killings as a performer. Through years of working together, McMahon has reportedly discovered that Killings, more than others, appears to be up for anything.

And in the world of Vince McMahon and WWE, being “up for anything” could mean just that … absolutely anything.

Regardless, Killings is supposedly not only up for doing anything, but in Vince’s eyes, he seems to be into it as well.

Expect “A Lot More” Of R-Truth On WWE TV

There appears to be plans to feature R-Truth “a lot more” on WWE television and in special social media segments centered around the new WWE 24/7 Championship.

The video of R-Truth attacking and winning back the WWE 24/7 title at Drake Maverick’s wedding has been viewed over 3.4 million times (3,437,536 views as of this writing).

Past videos of WWE 24/7 title changes have reportedly drawn significantly well on WWE’s various social media platforms as well, which means fans can expect this trend to continue going forward.

Reason Why Vince McMahon Is So High On R-Truth

Regarding Vince McMahon’s fondness of R-Truth, Paul Davis of WrestlingNews.co spoke with a source who talked at length about their working relationship over the years and why Vince is so high on the veteran performer.

“Vince loves Ron,” said the source. “Everyone loves Ron but Vince really loves the guy because he is up for everything. Sometimes Vince can tell when someone is not into what they are doing because it’s silly or whatever. You never see that with Ron and Vince loves that. I think Ron will have a job for life here if he wants it.”

The source added, “Remember little Jimmy? Vince loved that stuff. He would laugh so hard at that stuff.”

Additionally, Davis’ source discussed a short-lived heel run that Vince gave R-Truth in WWE back in 2011 and why it didn’t last that long.

“Yeah, that is because Vince wanted him to do comedy again,” the source said. “He says the fans smile when they see Ron so he needed to go back to being a face.”

The source concluded, “Vince didn’t like him as a heel.”