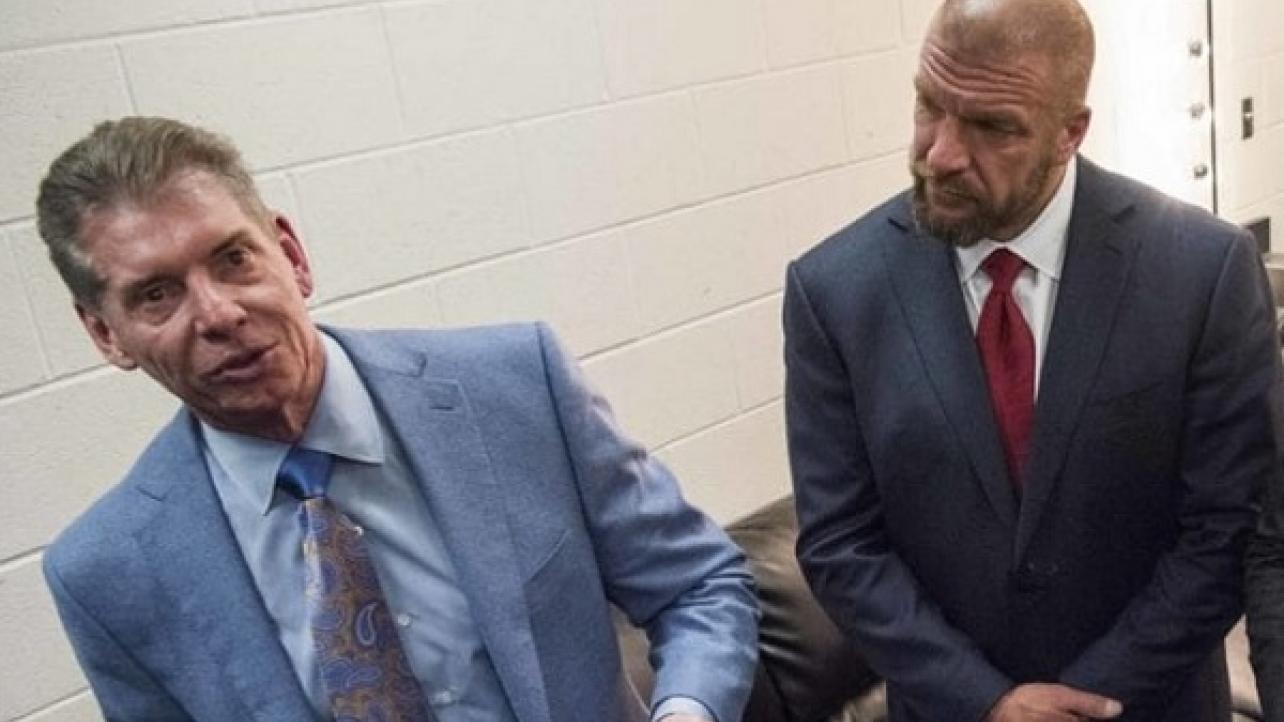 Both Vince McMahon and Triple H were absent from the WWE TLC pay-per-view on Sunday, as neither were present at the Target Center in Minneapolis, Minnesota.

The assumption is that Triple H’s schedule is significantly busier with the NXT show airing live each Wednesday, whereas McMahon is likely tied up with the XFL launch coming up early next year. Vince’s schedule has already caused him to miss several shows over the past year that he normally would have been present for in a live capacity.

Furthermore, f4wonline.com reports that Vince and HHH conference called into the production meeting with the PPV ultimately being layed out as per McMahon’s wishes.

In their absence, the Directors of Raw and Smackdown – Paul Heyman and Bruce Prichard, respectively – were the ones responsible for overseeing their brands’ matches on the show.

UPDATE: Reasons why #VinceMcMahon & #TripleH skipped the final #WWE PPV of 2019, as NEITHER were at the #WWETLC show at the @TargetCenterMN on Sunday