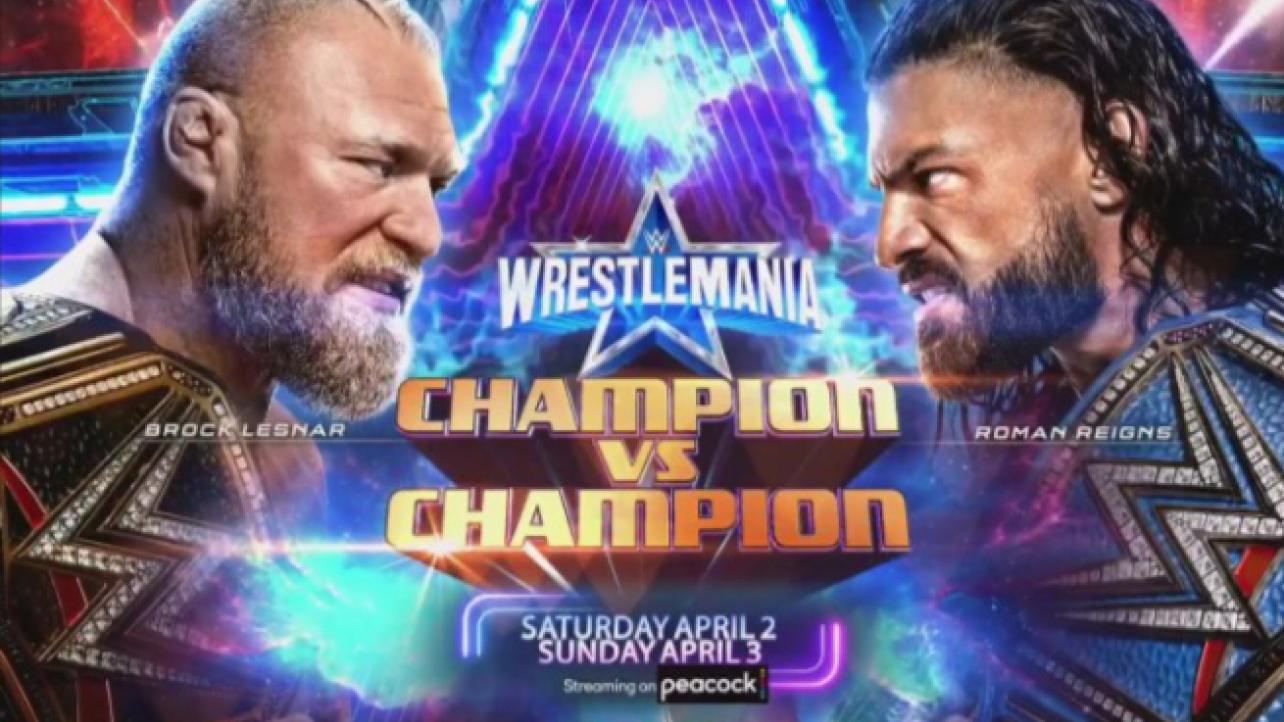 — WWE is set to move forward with a title unification match at this year’s WrestleMania 38 with Universal champion Roman Reigns taking on world champion Brock Lesnar in a title vs. title, winner take all match to headline the PPV. This has naturally led to questions on if WWE is going to abandon having a champion on each brand and instead continue with one person holding both titles or even abandoning one altogether.

— On the latest Wrestling Observer Radio, Dave Meltzer noted that it doesn’t appear as if WWE will proceed with one champion for very long and the idea is to have two champions again shortly after WrestleMania. He added that the company doesn’t believe it is “feasible in the modern environment” to have one champion represent both brands and both networks. While it’s unclear what WWE’s plan is to get one title off the winner, Meltzer suggested it could be something as simple as simply handing the belt to another wrestler.

— While not alluded to on the above podcast, sources note that the main reason WWE is going with a title vs. title stipulation for Reigns/Lesnar is because the match has been done before countless times and creatively, the company wanted to push something unique to raise the importance of the match and present it as something fresh.