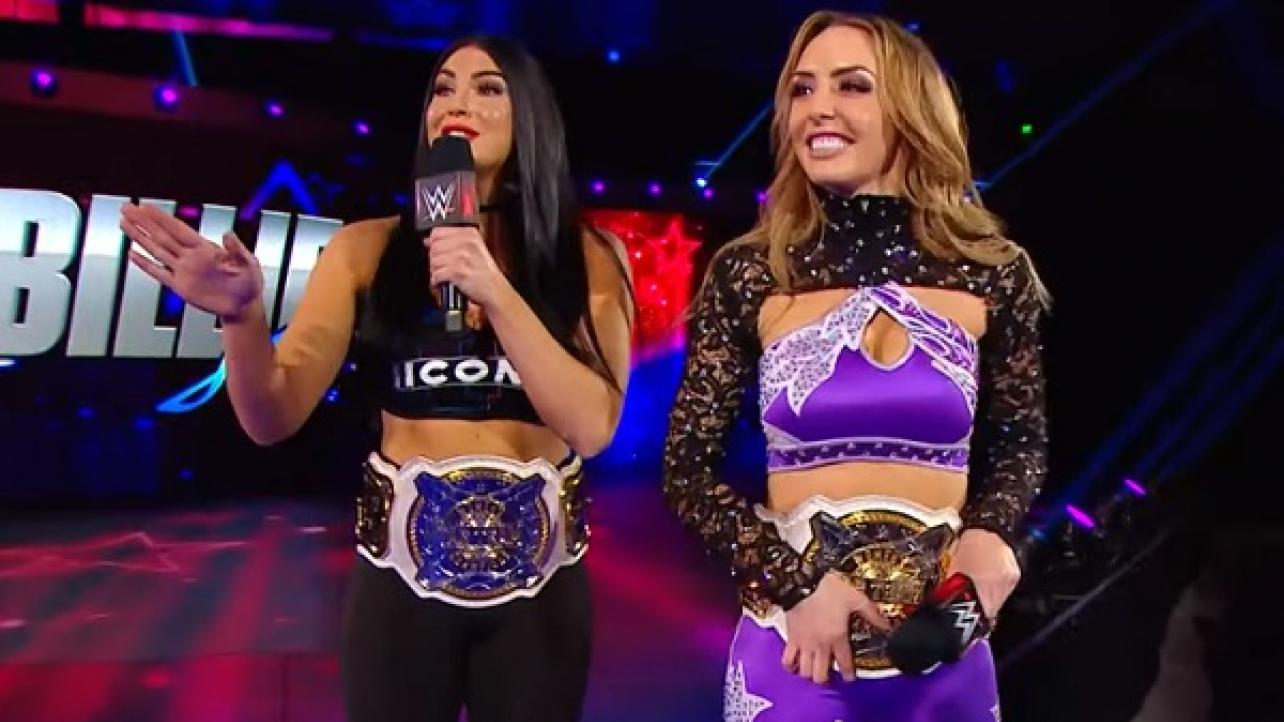 According to Wrestling With Demons, the two “enhancement talent” that wrestled as a team against the IIconics last night on Raw were Lisa Lace and Mia Sweets.

The two women on Raw tonight against The Iicons were Lisa Lace (aka Shakira Spears) and Mia Sweets. #LisaLace #AaliyahMia

During last night’s six-man tag team match, Cesaro appeared to suffer a major injury when Ricochet landed on his right after performing a 630. You can see a clip of the incident below and Cesaro had to be helped to the back by officials while barely being able to put any weight on his leg. According to Ryan Satin of Pro Wrestling Sheet, Cesaro was said to be okay after getting to the backstage area and for now, it appears he has avoided a significant injury.