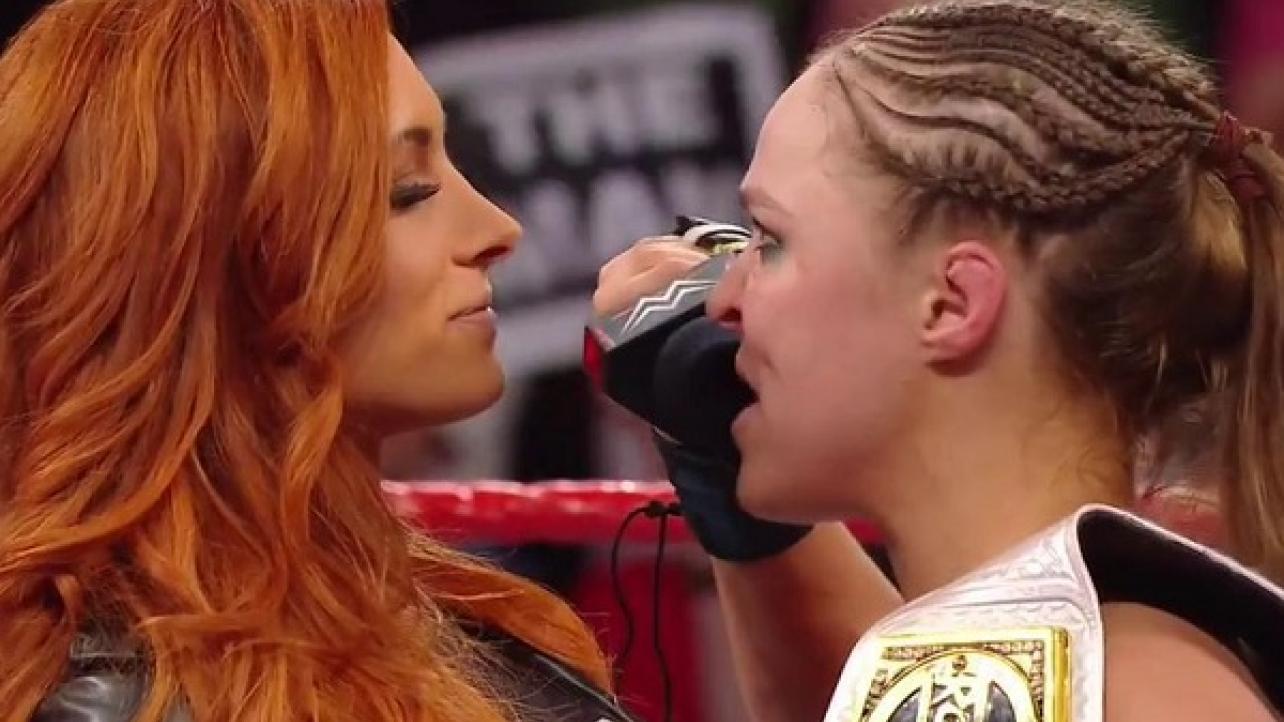 The negative reaction that Ronda Rousey received last night on Raw was a topic of discussion on Wrestling Observer Radio this morning. Dave Meltzer noted that when Rousey came to WWE, everyone embraced her and she “so happy” while in MMA, she got destroyed on social media and ended up disliking MMA fans.

While everything up until this point has been rosy, her role in the program with Becky Lynch is that she needs to be a heel but Meltzer speculated that he can see that the love Rousey has for wrestling fans “dissipating” and she will be upset off camera. Meltzer also noted that WWE has her paired up with Paul Heyman backstage and Heyman is absolutely incredible at boosting people up when they are unhappy.