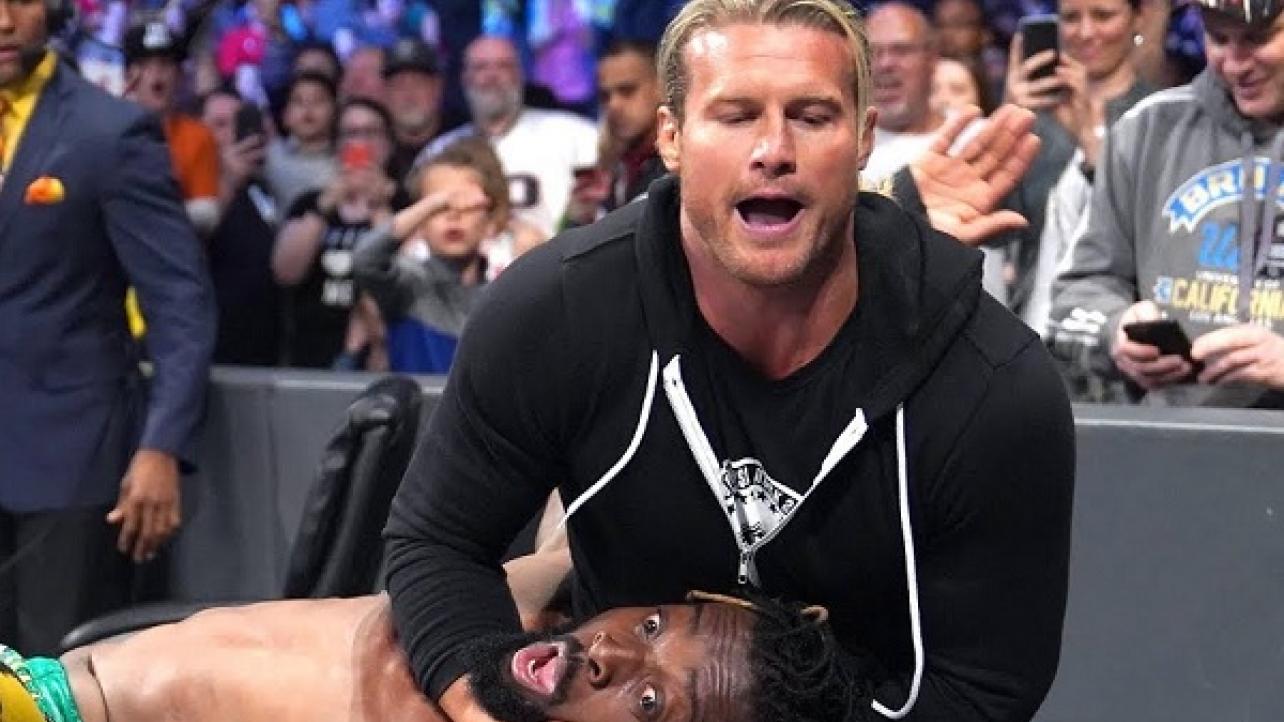 – Dave Meltzer on f4wonline.com confirmed that the reason Dolph Ziggler was brought back and put into a match against Kofi Kingston for the upcoming 6/7 PPV in Saudi Arabia is because Kevin Owens has told WWE officials that he does not want to participate in the event. Daniel Bryan was an option, but he too, has told officials that he will not be going.

– Elias was interviewed by Artie Tefft of WJAR-TV ahead of yesterday’s Smackdown. He talks about the event, Roman Reigns, the new 24/7 title, his musical skills and more. To watch the interview, click here.

– WWE has confirmed that they will be heading to Australia in the fall, with dates of 10/21 in Sydney, 10/22 in Brisbane and 10/23 in Melbourne. The pre-sale for tickets is on Monday.

– Chris Van Vliet of WSVN-TV asked Al Snow about WWE bringing back the Hardcore title. Here is what Snow had to say:

“I don’t think so. I think it was the right thing at the right time for the right reason. It kind of organically developed out of it being a joke for Mick Foley and then it just grew from there. In OVW before I took it over, they had a similar title called an Anarchy Title which is where the champion could, basically it was anarchy, he could call his own stipulations no matter how ridiculous based on whatever he wanted to do. I explained that in this day and age, I think it’s hard because every time you have that title on the show and it has a stipulation, it now waters down the stipulations for matches where you have a personal vendetta or a reason that they have to be in this type of a match.”