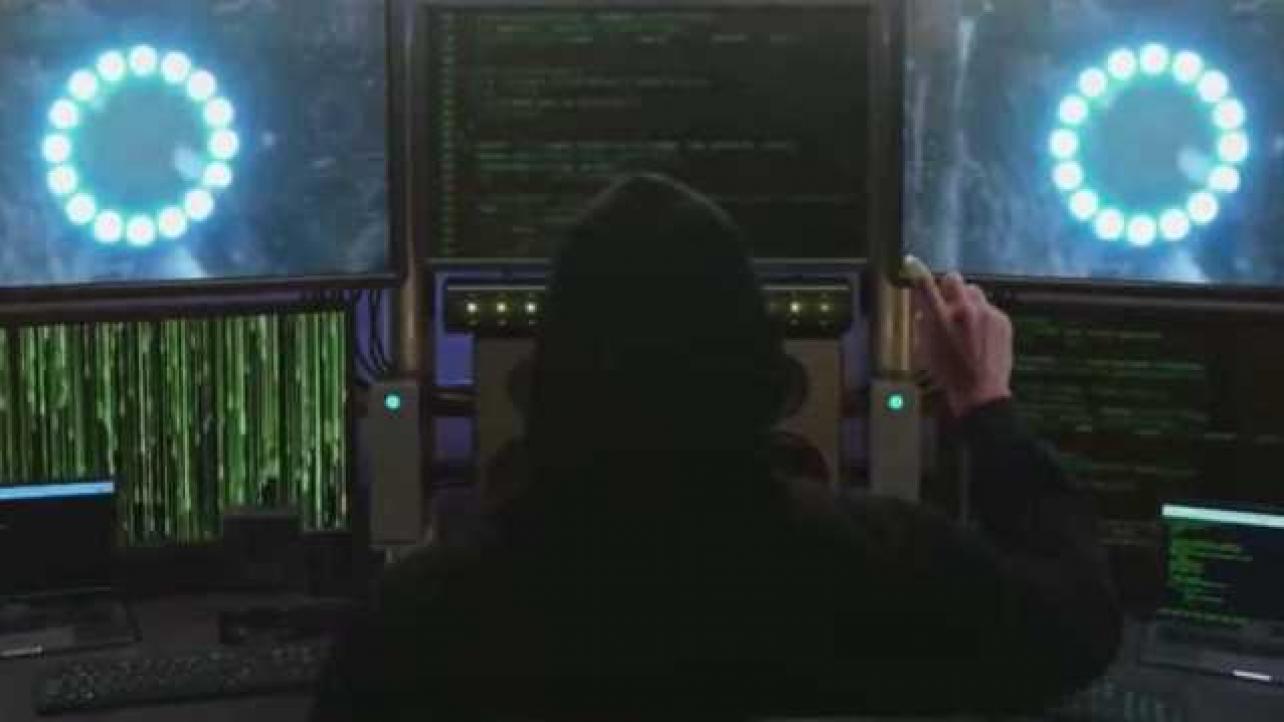 Backstage Rumor on Who WWE’s Smackdown Hacker Could Be

The Smackdown “hacker” who has promising to reveal the truth and who was shown broadcasting video footage in the Otis/Mandy/Sonya/Dolph storyline is rumored to be a new, repackaged role for Mustafa Ali.

The hacker re-appeared on last night’s episode of Smackdown remarking that some keep their friends close but others keep their enemies closer. Immediately before that, several clips were shown of current tag teams and friendships, including The Usos, Morrison & Miz, Sasha Banks & Bayley, Alexa Bliss & Nikki Cross and The New Day. This would seem to suggest that he has more compromising video footage that would reveal people’s true intentions. In response to questions from fans, the injured Xavier Woods has denied that it is him:

A few people keep asking if this is me. If it were me then I would have gone with blue and pink instead of blue and green, there would be a gm mode book someplace, and most importantly there would be a crown somewhere https://t.co/8ajqV7tAUh

Backstage Rumor on Who WWE’s Smackdown Hacker Could Be