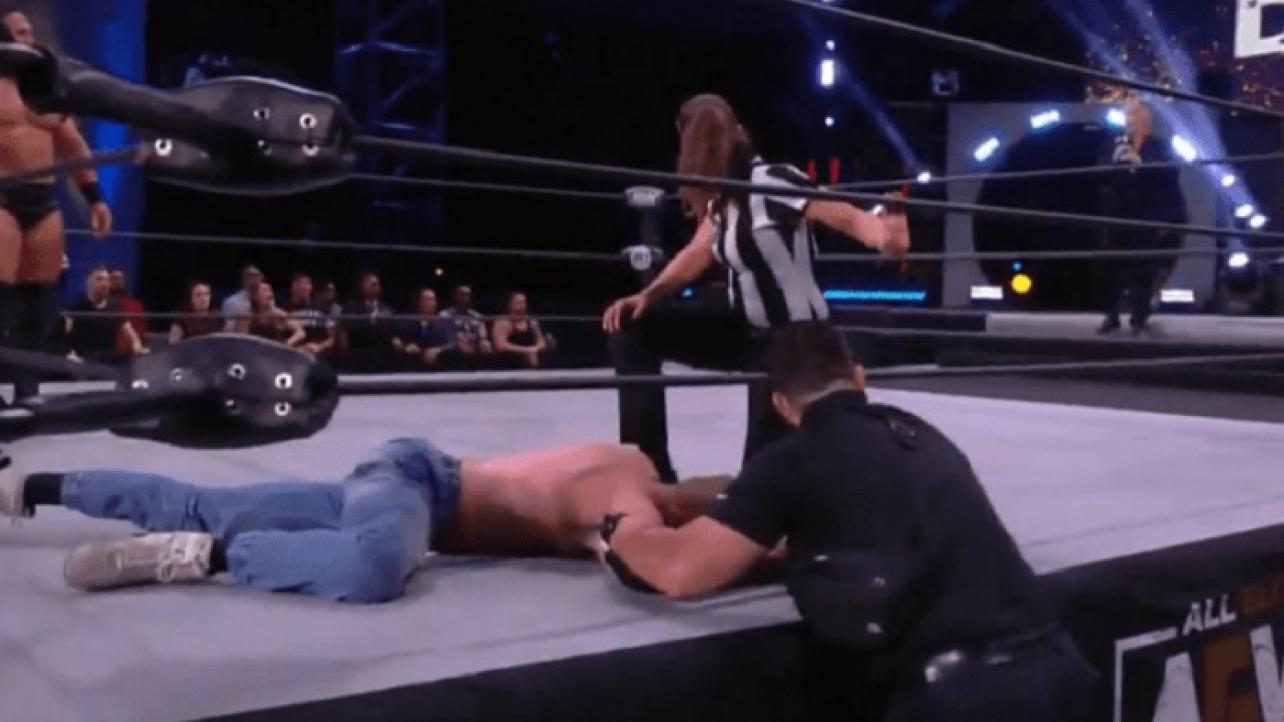 The finish to the Orange Cassidy vs. PAC match during this week’s edition of AEW Dynamite was changed on-the-fly.

As noted in our live coverage of the show at Daily’s Place amphitheater in Jacksonville, Florida on Wednesday evening here at eWrestling.com, the finish to the Cassidy-PAC match appeared to be made up as things played out live, and that’s because it was.

Dave Meltzer and Bryan Alvarez noted during the latest installment of their Wrestling Observer Radio program at F4WOnline.com that the original plan for the finish of the Cassidy-PAC bout, which was a title eliminator match to determine Kenny Omega’s opponent for his AEW Championship defense at the upcoming AEW Double Or Nothing pay-per-view on May 30 called for a time-limit draw.

After taking a kick from PAC, the “Freshly Squeezed” one was apparently knocked unconscious, or semi-unconscious, which was only made worse when Cassidy landed on his head / neck during a follow-up seated power-bomb spot. The show then went to commercial break as Cassidy rolled out to the floor in an apparent attempt to recover.

The referee of the bout called for the ringside doctor to check on Cassidy and when it was discovered how serious things were at that particular moment, the on-the-fly call was made for things to play out as we saw, with Don Callis coming out and cutting an impromptu promo and Kenny Omega blasting PAC from behind with a shot with his AEW Championship belt, resulting in the double count-out finish to the bout.

This also led to the post-match angle, which culminated in the same fashion that the original plans called for prior to the injury situation, as Tony Schiavone informed Omega that he would be defending his AEW Championship against both PAC and Orange Cassidy at the upcoming AEW Double Or Nothing PPV at the end of this month.

Went back and recorded. Convinced it’s the kick. OC is a good seller but that looked like he was legit rocked. pic.twitter.com/2emeZGzaYc