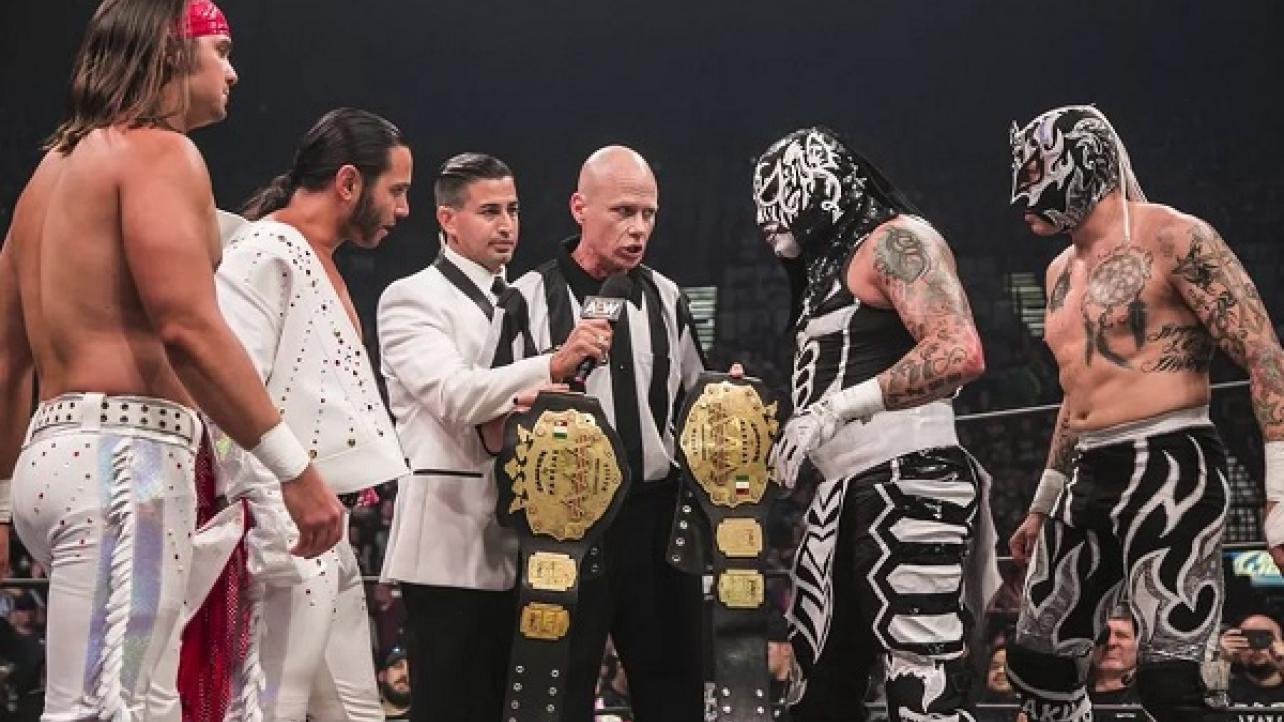 Backstage Update On AEW Focusing On Establishing Their Own World Championships

As All Elite Wrestling (AEW) approaches the debut of their weekly two-hour live AEW On TNT show, the upstart promotion is looking to continue to establish itself across the board.

One of the primary focuses of the promotion leading into their AEW On TNT premiere on 10/2 is to create and establish their own world titles.

It looks like that was one of the contributing factors to The Young Bucks’ losing to The Lucha Bros in their AAA Tag-Team Championship Ladder Match at the AEW All Out pay-per-view on Saturday night.

According to Mike Johnson of PWInsider.com, the AAA Tag-Team Championships will no longer be featured in AEW, as the promotion is looking to focus on their own brands titles.

As noted, the inaugural AEW World Champion was crowned at the AEW All Out PPV at the Sears Centre Arena in Hoffman Estates, Illinois when Chris Jericho defeated “Hangman” Adam Page.

Finally, the AEW World Tag-Team Championship Tournament saw its’ first official activity on Saturday night, as The Dark Order (Stu Grayson and Evil Uno) defeated The Best Friends (Chuck Taylor and Trent Beretta), advancing with a first-round bye in the tourney in the process.

The premiere episode of AEW On TNT goes down on Wednesday, October 2nd from the Capital One Arena in Washington, D.C. Make sure to join us here at Rajah.com on 10/2 for live AEW On TNT results coverage!

Backstage Update On AEW Focusing On Establishing Their Own World Championships