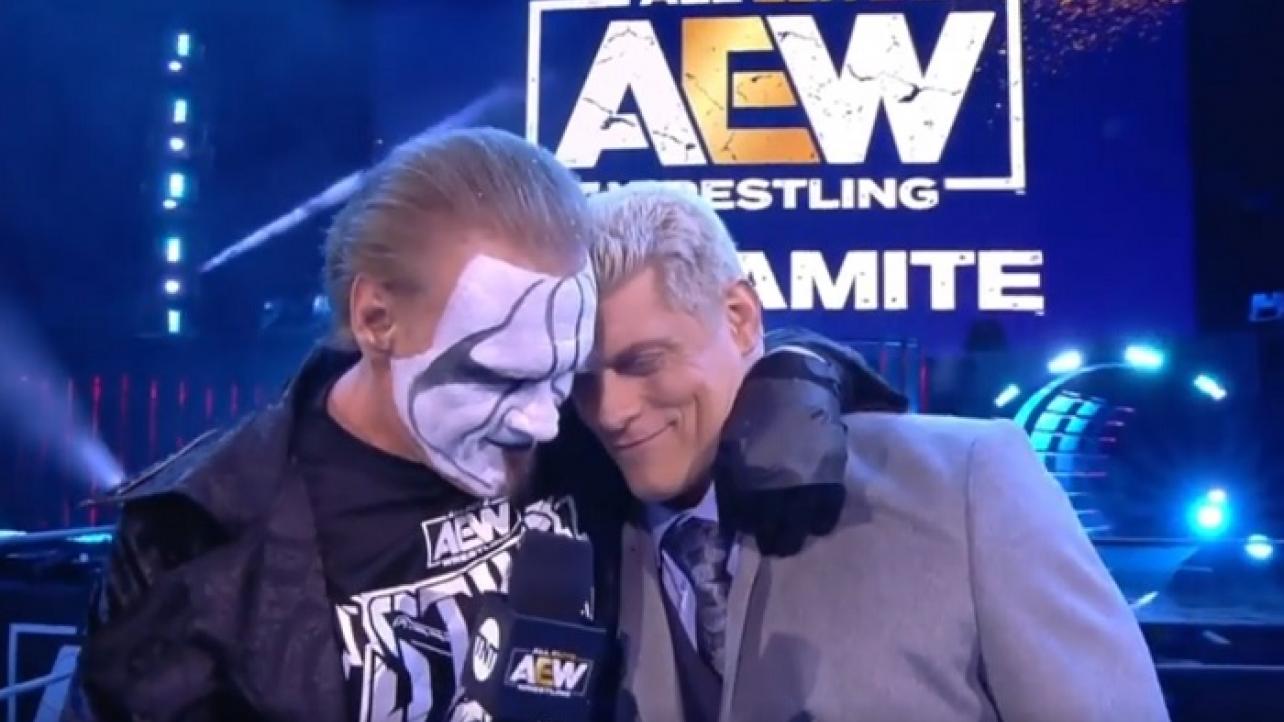 The pro-wrestling world was shocked at the surprise debut of Sting at last week’s AEW Winter Is Coming special, with news breaking shortly afterwards that the WWE Hall of Fame legend had signed a multi-year deal with the promotion.

“The Icon” would also appear on this week’s episode of AEW Dynamite on TNT, something that fans should expect regularly according to a report by Dave Meltzer at F4WOnline.com.

The report mentions that the AEW audience will be seeing “a lot of” Sting, much more than they had when he briefly worked for WWE over the last few years.

During that time, Sting had a marquee matchup against Triple H at WrestleMania 31, and a WWE title matchup against Seth Rollins at Clash of Champions 2015, the latter of which is more known for the scary spot that he took towards the tail end of the matchup that saw him suffer a serious injury.

We will keep you posted here at eWrestling.com as updates regarding AEW’s plans for Sting continue to surface.