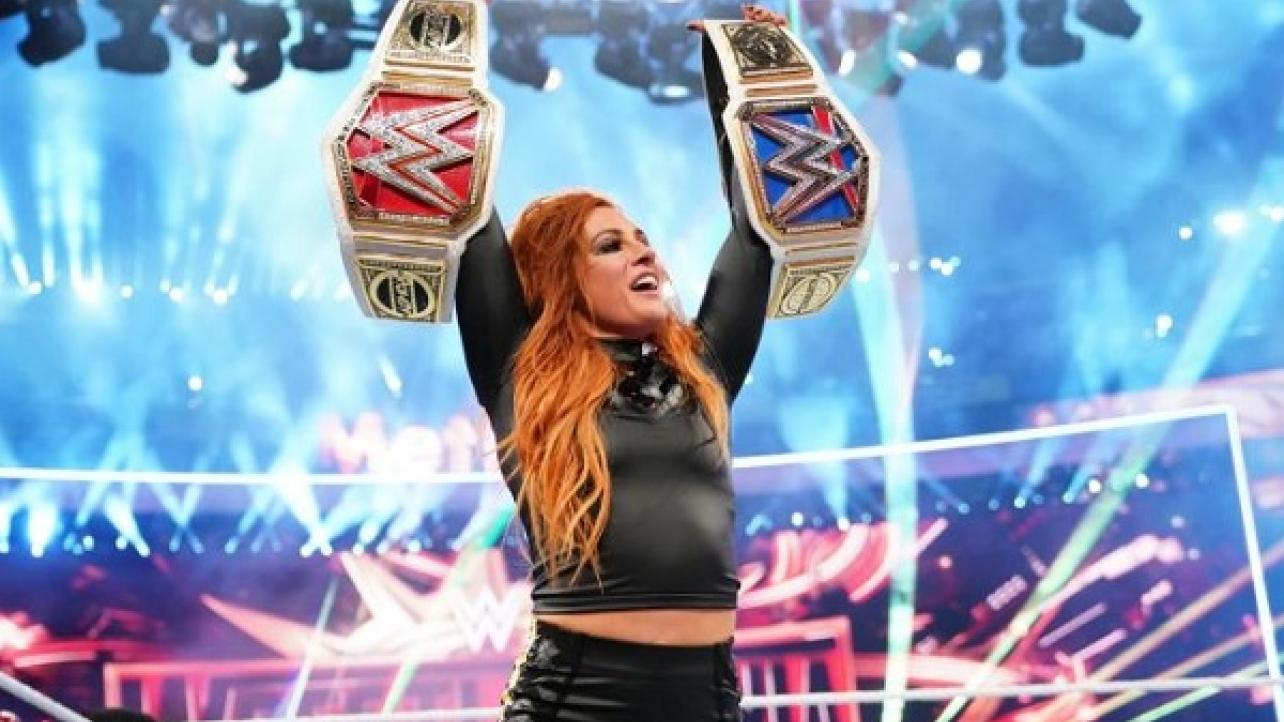 The storyline with Becky Lynch working two matches at the upcoming Money in the Bank PPV is a way to not only feature her but it creates an opportunity for WWE to have her drop a title (likely the SmackDown title) due to circumstances from the first match (injury, etc.).

According to the Wrestling Observer Newsletter, having a different women’s champion on each brand is “inevitable” and the long term goal looking ahead to WrestleMania 36 could be Becky Lynch vs. Charlotte Flair in a one-on-one match.

The complicating factor according to the Observer is that this match will be tough to pull off if the two are already wrestling next month but could be done if Charlotte wins and they spend much of the rest of the year avoiding each other on separate brands.