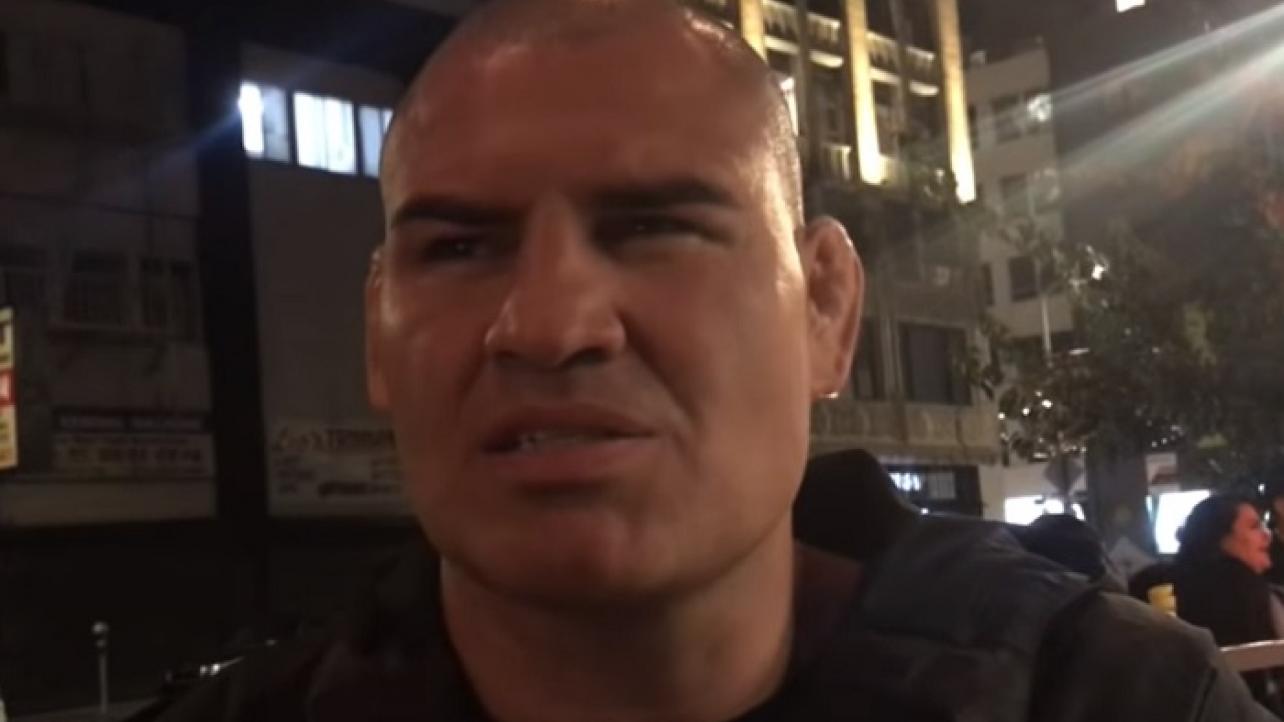 Backstage Update On Cain Velasquez Signing With WWE: Pulls Out Of USADA, MMA Career Over?

Some interesting news has surfaced after more details emerged regarding Cain Velasquez’s new contract with World Wrestling Entertainment (WWE), that might upset some die-hard MMA fans out there.

Cain Velasquez, who was basically in negotiations with every major wrestling promotions, has quietly contacted USADA and pulled out of the drug testing program.

This would imply that his MMA career is over or at the very least on hold for at least the next six months as he would have to pass tests for that minimum amount of time should he want to fight again.

According to the Wrestling Observer Newsletter, his signing with WWE and also Tyson Fury’s involvement is aligned with FOX’s vision of wanting a more sports-related product on Smackdown that would fit in with their Thursday, Saturday and Sunday football lineup.

Backstage Update On Cain Velasquez Signing With WWE: Pulls Out Of USADA, MMA Career Over?