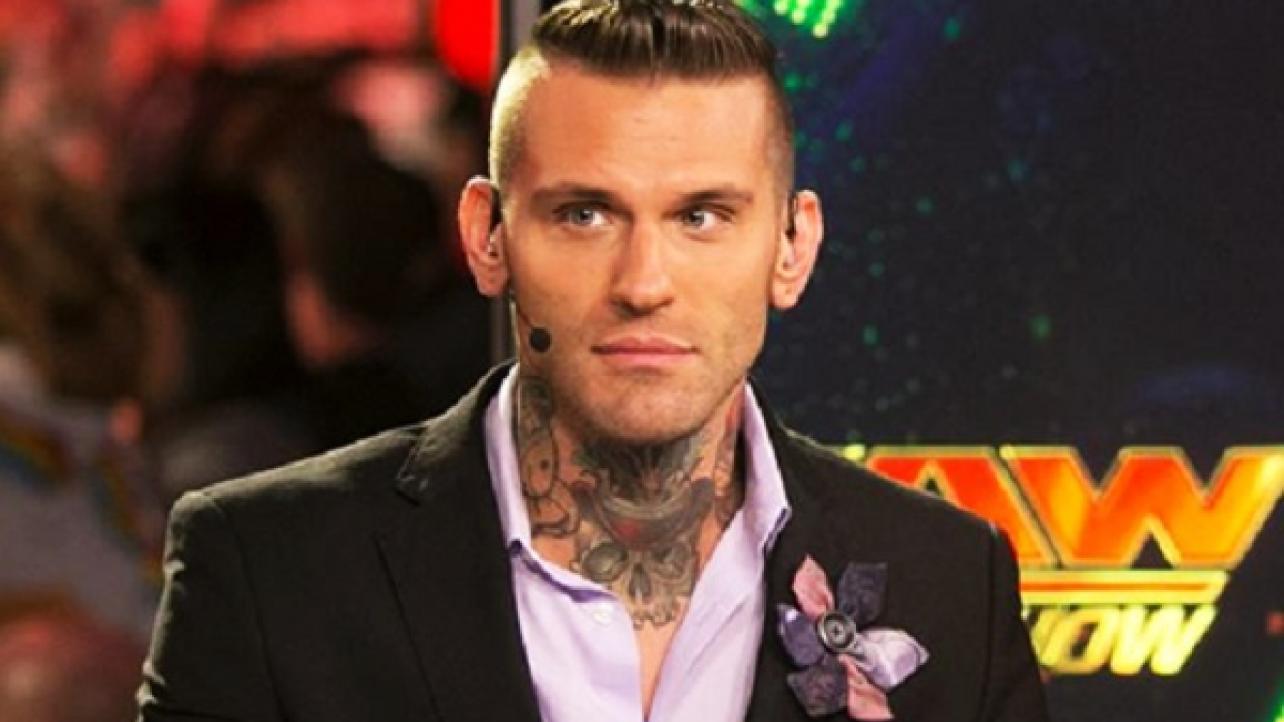 So here’s the real story behind Corey Graves saying “holy sh*t” live on the air during the first episode of the “Paul Heyman Era” of WWE RAW on the USA Network on Monday night.

Despite going on social media and suggesting that he was fined by WWE for saying “holy sh*t” on the air, his comments were, in fact, pre-planned and approved by officials — including Vince McMahon.

For those who missed it, Graves joked that he was going to need to start a GoFundMe Campaign to raise the amount of money he will need to pay the size of the fine he was given by WWE for cussing on TV. He also responded to a fan who claimed late comedian and FCC opponent George Carlin, famous for his “7 Words You Can’t Say On TV” routine, would be proud by noting he has “six [words] to go.”

Thinking of starting a GoFundMe page for this fine….#RAW

If it were a shoot comment from Graves, WWE airs on a seven-second delay on the USA Network and could have easily censored / edited out the remark before it ever made air.

WWE obviously posted footage of Strowman and Lashley going through the LED set on the entrance stage at RAW last night, however they cut their clip off before Graves makes the vulgar remark.

Check out WWE’s version below, and a fan-posted video as well that includes the additional few seconds after the big spot where Graves uses profanity.

– Corey Graves after Braun Strowman speared Bobby Lashley through the video board pic.twitter.com/29WJq0JiBB