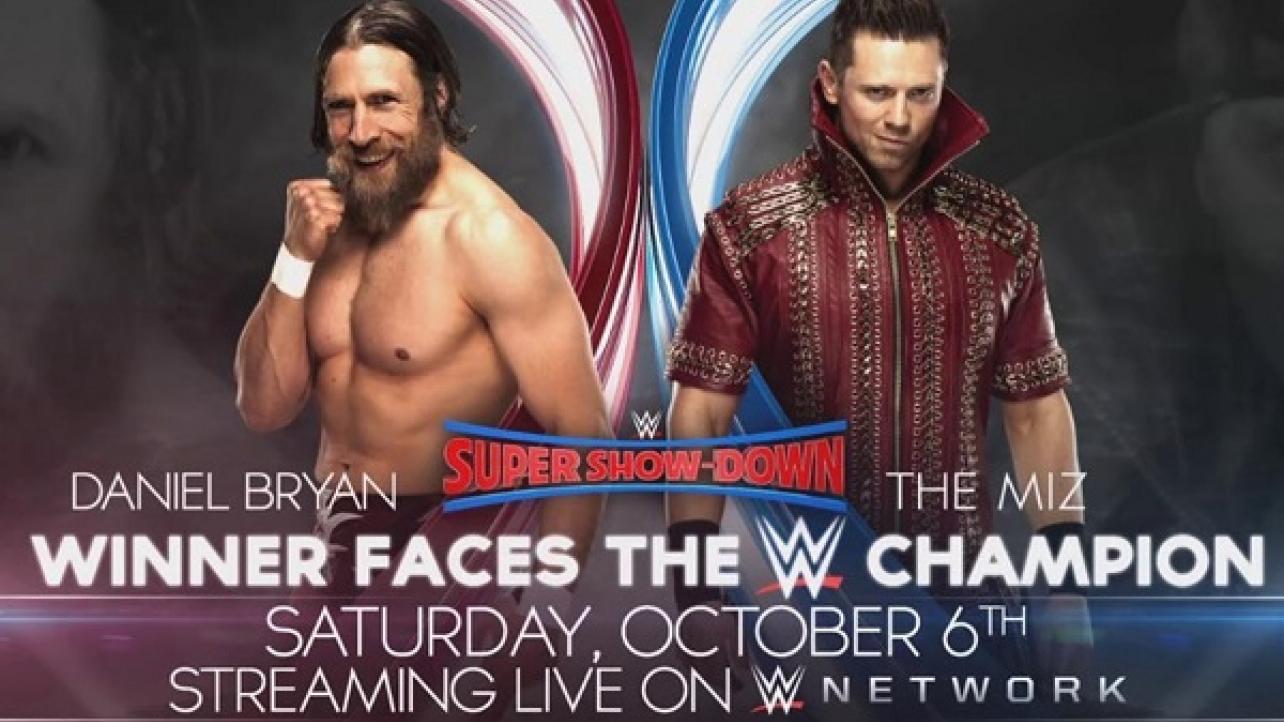 The latest attendance figures for WWE Super Show-Down this Saturday is that it will draw somewhere in the neighborhood of a legitimate 58,000 – 60,000 and WWE will publicly say 70,000 or slightly higher. The capacity for the arena considering the setup for the stage would be around 80,000 but even with almost 60,000 fans in attendance, it will be the largest WWE crowd for an event outside of North America and England and generally considered a massive success.

The Daniel Bryan vs. Miz match with the winner become the #1 contender for AJ Styles’ WWE Title is a key mtach where the victor is likely to get a title shot at WWE Crown Jewel, or possibly even Survivor Series. Considering the result of the last few Miz/Bryan matches and the fact that Bryan recently dropped a decision to Shelton Benjamin on Smackdown would make it appear as if he is the one to go over and prevail and get the title shot, as per the Wresting Observer Newsletter.