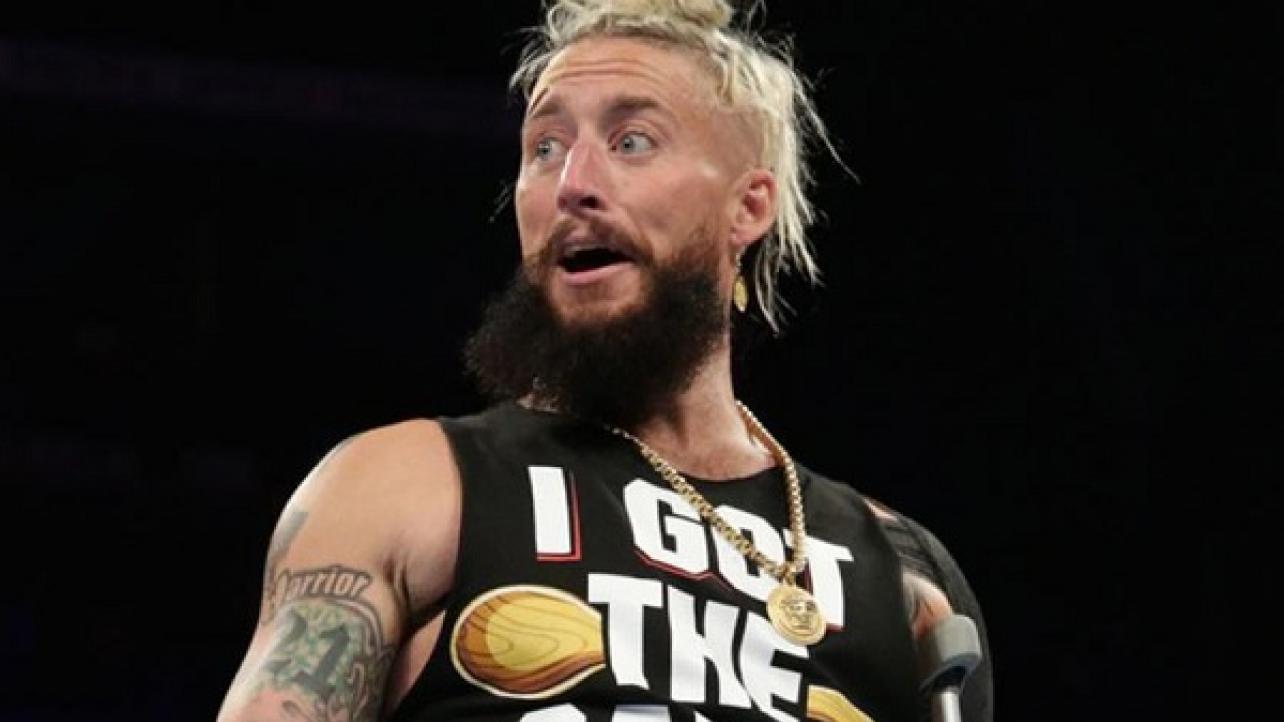 As noted here, Enzo Amore made a surprise appearance at last night’s Survivor Series, sitting near the front row while disguised in a wig and wearing a hoodie. He was reportedly in town for a concert and bought his ticket as a paying fan as opposed to being comped by WWE. When he began creating a disturbance, security was dispatched to eject him from the arena and he was quickly whisked away to the backstage area before immediately leaving.

PWInsider reports that Amore did not interact with any talent while in the backstage area (as he was there for about 10 seconds) but that there were “some pretty angry wrestlers” and that as per WWE policy, all of their talent was likely instructed to refrain from making any public comments. Another source reached out to say the reaction backstage was not as serious as that but that many simply shook their heads and felt “disappointed and embarrassed” for Enzo.

PWInsider also reports that a young woman suffered an arm injury after being knocked over during the ordeal. The woman was evaluated by medical personnel, given an icepack and eventually returned to her seat for the remainder of the event.