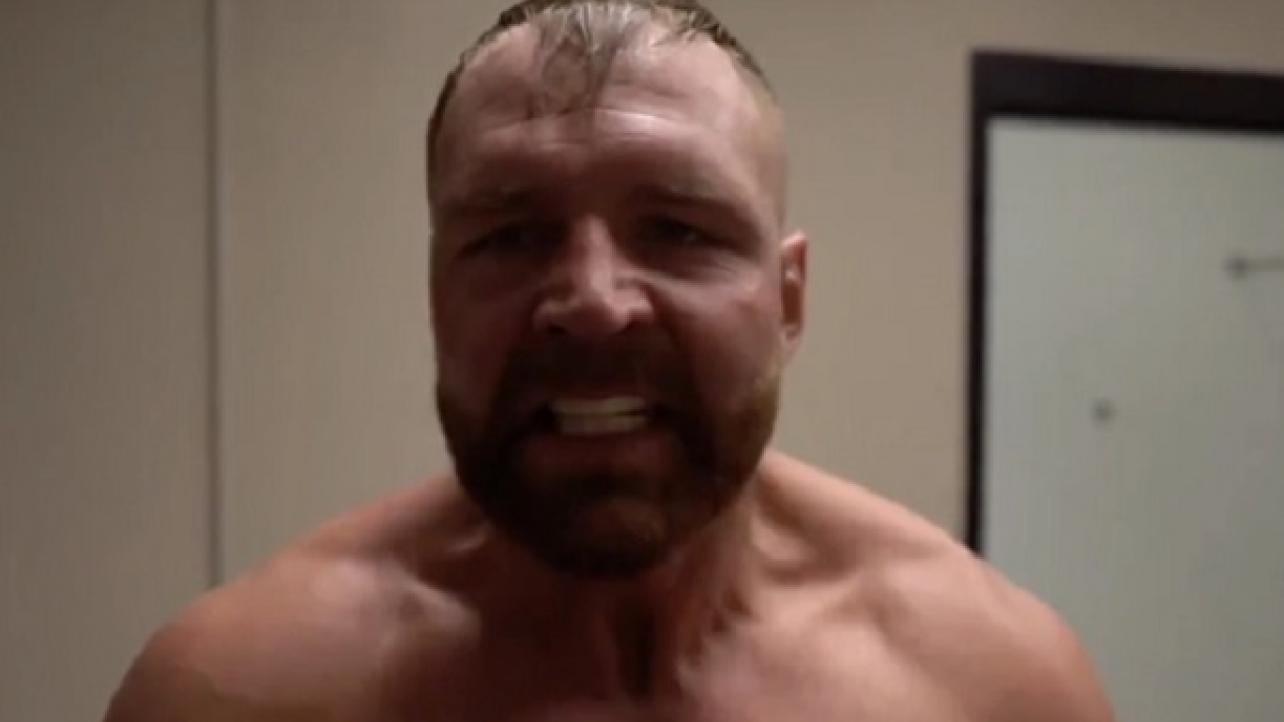 As per Wrestling Observer Radio, the situation with Jon Moxley is that his contract with AEW does allow him to work for New Japan, much like Chris Jericho and Kenny Omega. Despite this, there is no working relationship between the two promotions even though logic would seem to suggest for both companies is for them to work together in some capacity in the future. NJPW currently has a relationship with ROH, which is a major hurdle in any future workings with AEW.

Moxley signed separate deals with AEW and NJPW but because he hadn’t yet made his debut with AEW, New Japan was forced to advertise/tease a “mystery man” who would face Juice Robinson at the Best of Super Juniors Final. Once All Elite Wrestling’s weekly TV show begins in the fall timeframe, it is expected that Moxley will wrestle almost exclusively for AEW though Tony Khan confirmed that until that happens, Moxley will be working both “international and indie dates.”