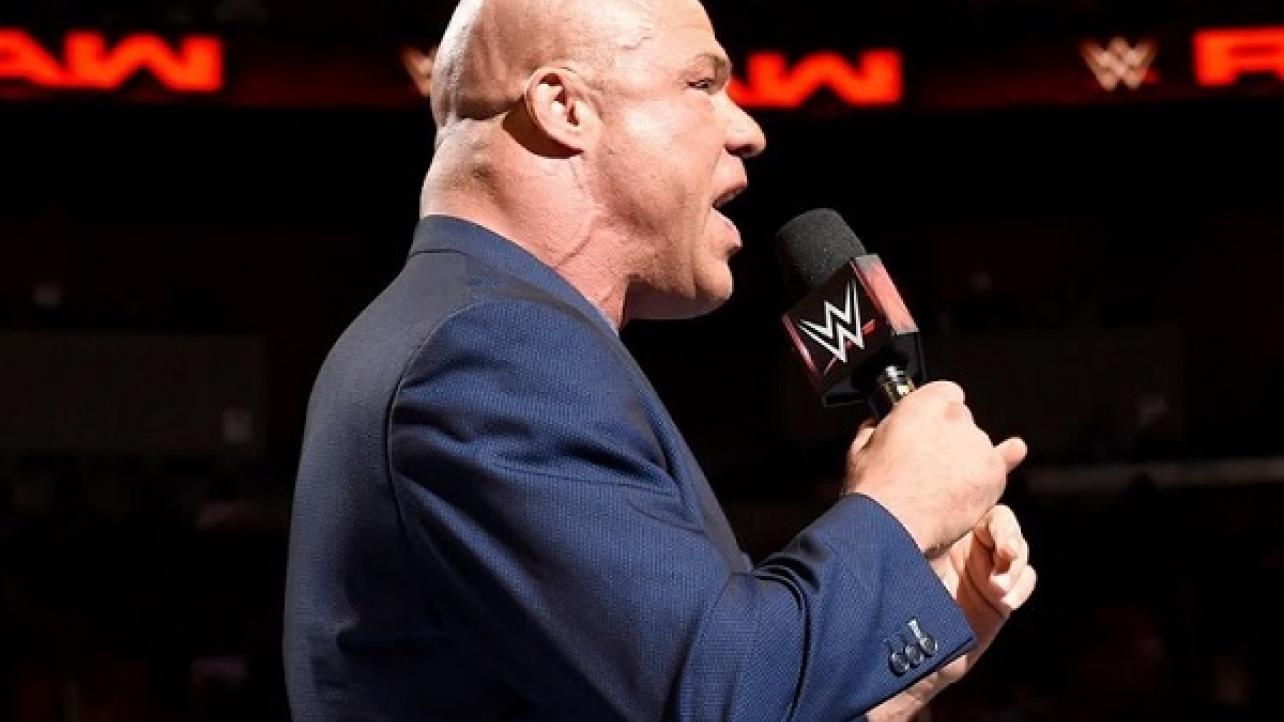 Despite some online rumors suggesting that Kurt Angle is gone indefinitely from WWE and may not actually be back, there are definitely plans to bring him back – possibly in a wrestling capacity – but it is unclear when that will actually be. The idea still seems to be for Angle to feud and wrestle with Baron Corbin when he does return, which is why the two had been clashing before Angle was taken off of TV.

Angle signed with WWE under a GM talent contract in 2017 reportedly only for one year, but according to sources, WWE renewed the deal earlier this year as his return has worked out great for both parties, so he will be with the company for the foreseeable future.