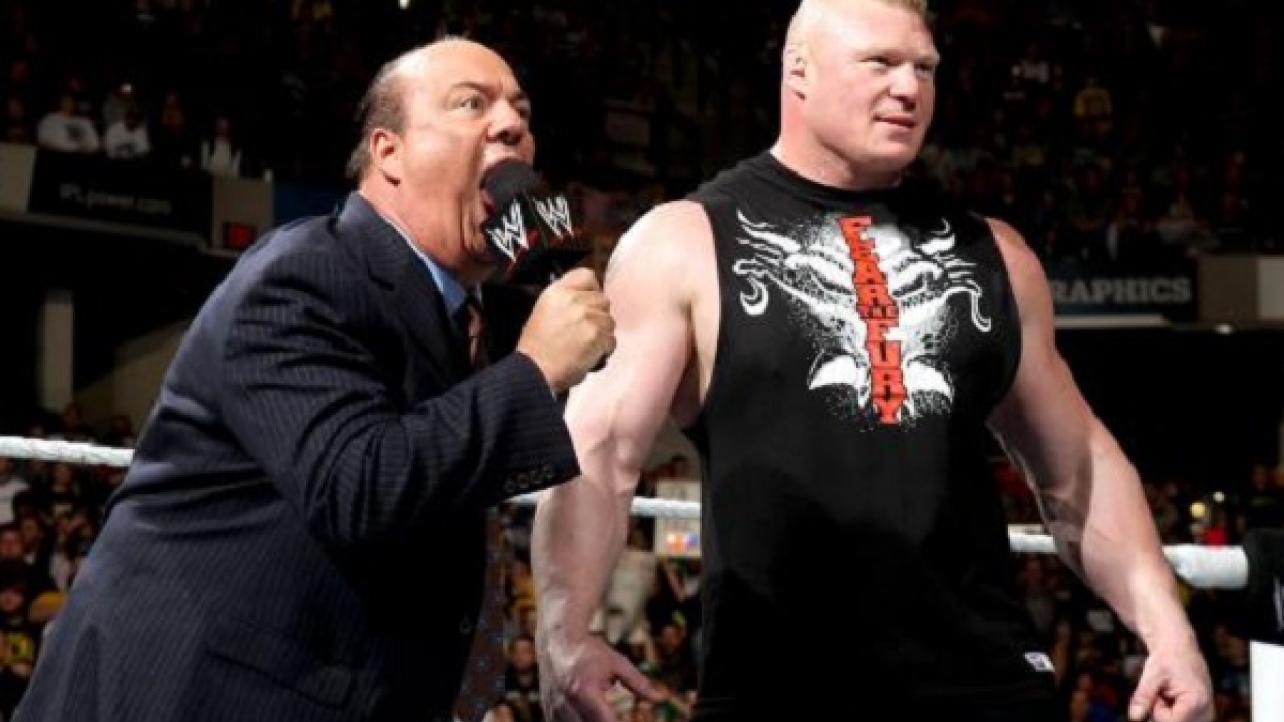 According to Mike Johnson at pwinsider.com, Paul Heyman is still under contract to WWE and has been working backstage at recent TV shows in a behind-the-scenes capacity.

In the past, Heyman has been closely involved in all aspects of storylines related to Brock Lesnar, everything from helping lay out the matches move-by-move to scripting much of the promo/interview material for both Lesnar and his various opponents over the years. With Lesnar now gone from WWE, it is unclear if Heyman is still involved in that aspect of the business, but at the very least he is likely serving as a consultant.

As for Lesnar, WWE has been quiet on his status with the company. While it is believed he is gone and no longer under WWE contract in order to focus on another UFC match next year, it’s still possible that he could be under some sort of agreement but that WWE is simply giving him time off in order to compete in the UFC. Most believe that eventually Lesnar will work his way back to WWE, especially as he gets older and winds down his fighting career.