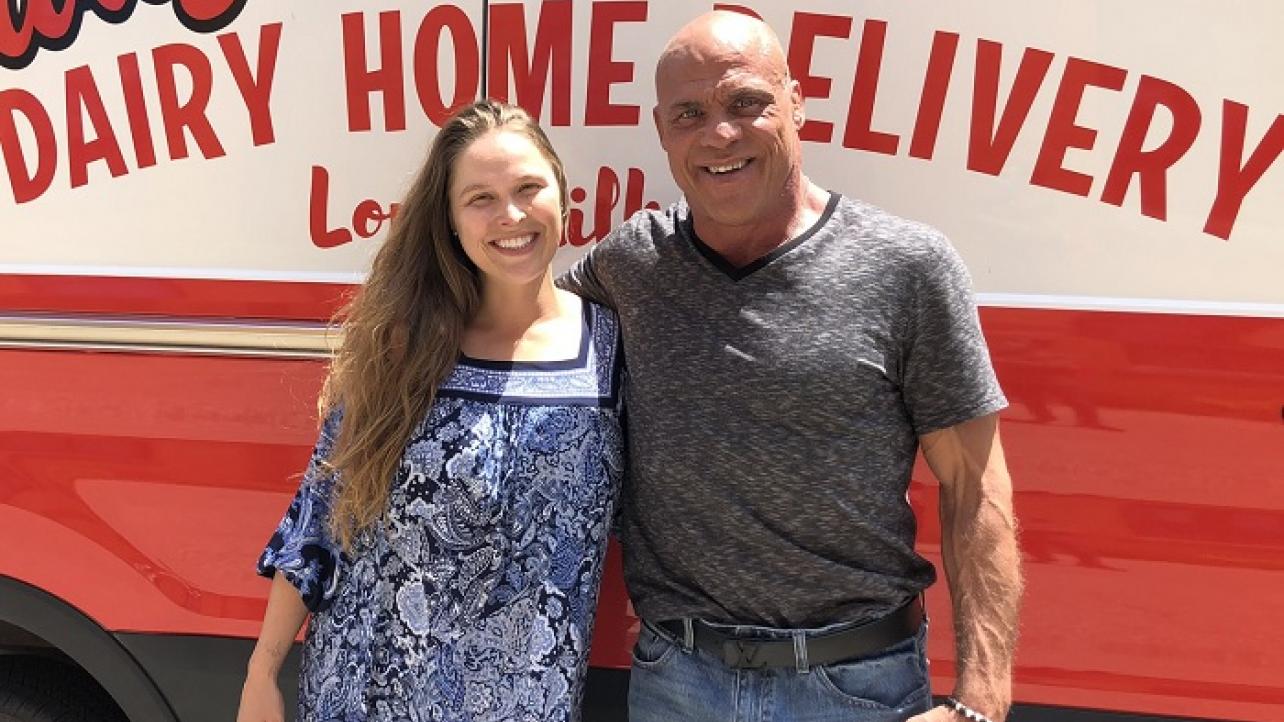 It looks like “Rowdy” Ronda Rousey has recently been mixing it up with WWE personalities on camera for a future show.

PWInsider.com is reporting that the former WWE title-holder and WrestleMania headline attraction was filming pro wrestling-related content at the former ECW Arena in Philadelphia, Pennsylvania in May of 2021.

The report also claims that the women’s MMA pioneer and UFC Hall of Fame legend was joined by former ECW legends and current WWE on-air performer and behind-the-scenes producer Paul Heyman and D-Von Dudley for the aforementioned taping.

As noted, Rousey has been traveling across the United States to film content for her new version of the “Peyton’s Place” style documentary-series that she will be hosting on Disney’s ESPN+ digital subscription service, and was also recently spotted taping footage alongside former fellow Olympic medalist and WWE legend Kurt Angle in his hometown of Pittsburgh, Pennsylvania, presumably for the aforementioned docu-series as well.

The women’s MMA and pro wrestling mega-star, who is also in the midst of a pregnancy with husband Travis “Hapa” Browne, a fellow former UFC fighter and one-time WWE Hall of Fame ceremony impromptu security guard for Bret “The Hitman” Hart, was reportedly discussing the “extreme history” of the pro wrestling industry in the “City of Brotherly Love” in Philadelphia, PA. along with Heyman and Dudley for the ESPN+ docu-series, which still has no official premiere date.

Filming included a legitimate life-sized ring that came from The Monster Factory pro wrestling school, which is located in nearby Paulsboro, New Jersey, as well as various weaponary used as decorations for the set design for the taping.

Rousey has been away from the WWE Universe since WrestleMania 35 in 2019, however it is worth mentioning that WWE President & Chief Revenue Officer Nick Khan stated back in April that she would be returning to the company in the near future, likely to promote the ESPN+ docu-series that she will be hosting.

We will keep you posted here at eWrestling.com as updates regarding the WWE and pro wrestling status of “Rowdy” Ronda Rousey become available.

Wait and see what @RondaRousey and your Olympic hero have in store for you. Yes! That’s Ronda’s milk truck behind us. We had a great day filming the show. #itstrue pic.twitter.com/s6dqHyWu0w