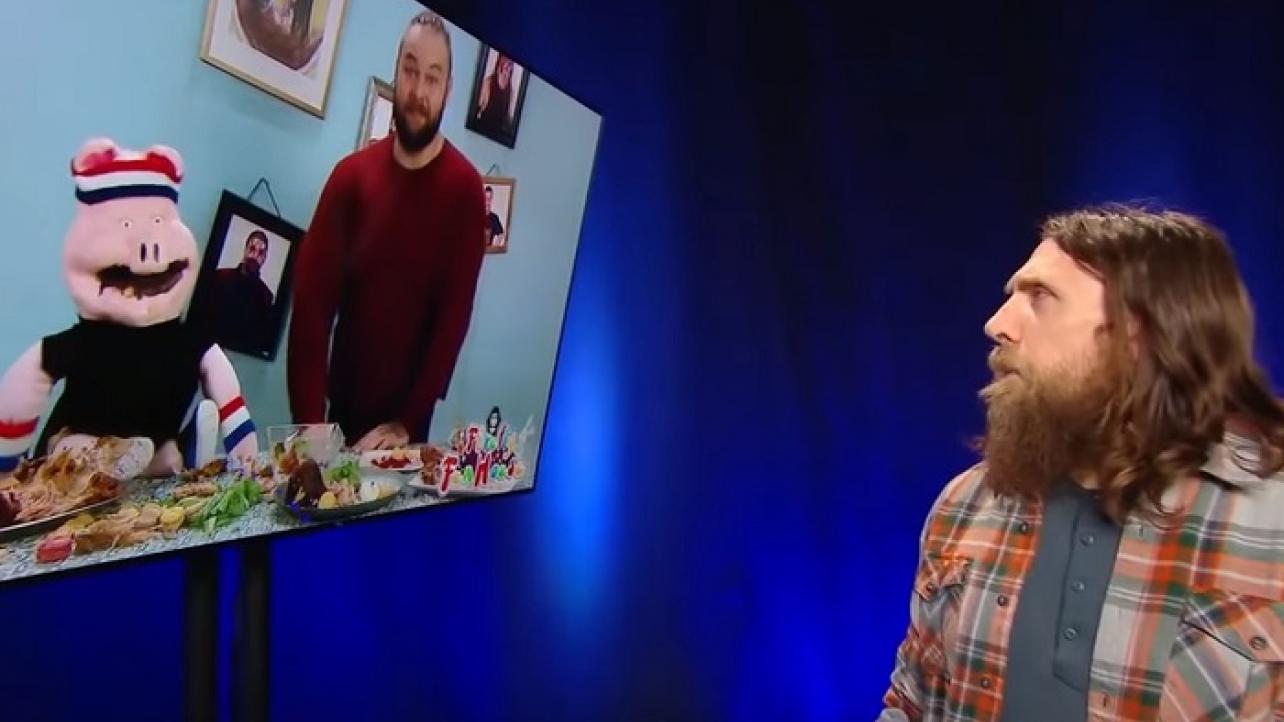 Backstage Update On WWE Pushing Back Plans For “The Fiend” Bray Wyatt vs. Daniel Bryan

Although he will be taking on The Miz in a non-title contest at WWE TLC tonight, “The Fiend” Bray Wyatt is still penciled in to defend his WWE Universal Championship against Daniel Bryan in the near future.

The original plan for TLC was for Bray Wyatt, as the Fiend, to wrestle Daniel Bryan for the WWE Universal Title.

However, this match was postponed as the backstage thinking, according to the Wrestling Observer Newsletter at F4WOnline.com, is that they want to spend more time building up the Bryan/Wyatt program by deepening the story before going with their rematch.

Wyatt will instead now wrestle The Miz tonight on TLC, but it won’t be as The Fiend and it is not a championship match either.

Make sure to join us here at eWrestling.com TONIGHT for LIVE WWE TLC 2019 Results coverage from Minneapolis!

Backstage Update On WWE Pushing Back Plans For “The Fiend” Bray Wyatt vs. Daniel Bryan