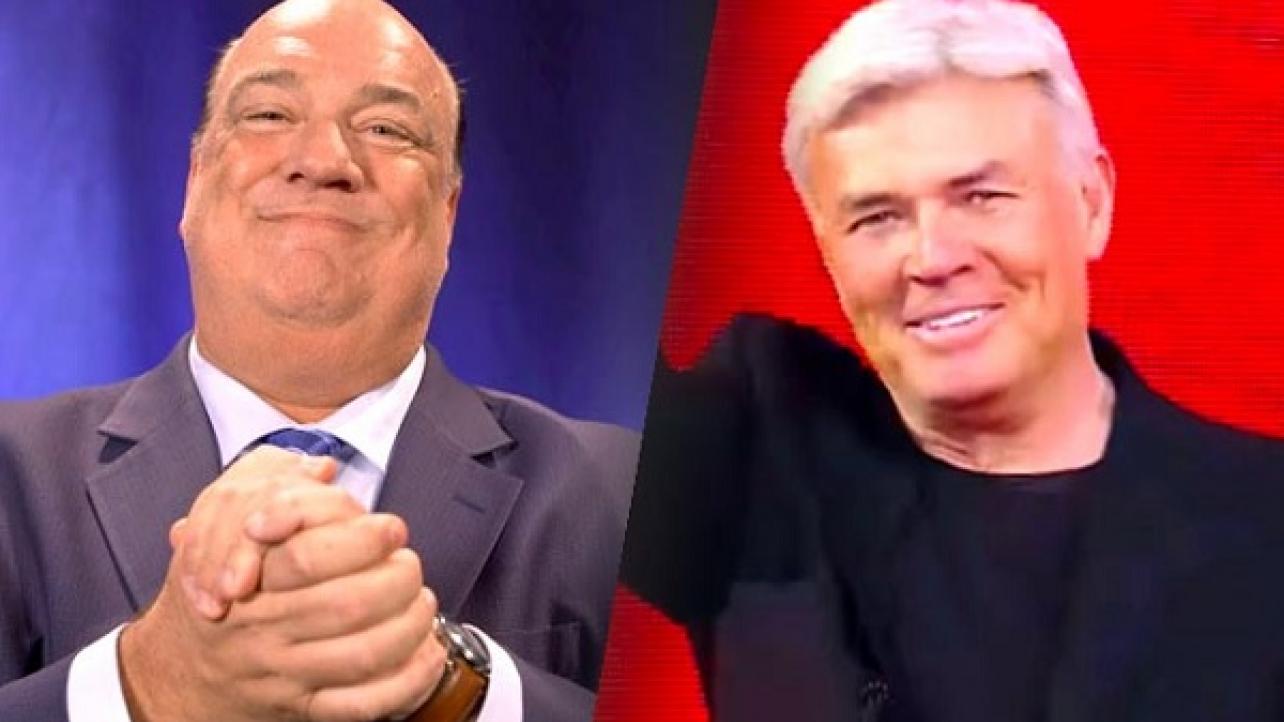 As noted, WWE announced this week that Paul Heyman and Eric Bischoff have been named the new Executive Directors behind-the-scenes for RAW and SmackDown Live. Now, we finally have some of the backstage details on what is going on.

Mike Johnson of PWInsider.com spoke with sources close to the situation to find out what is really going on with this new move.

Apparently, WWE has been pursuing Paul Heyman to officially join their executive team for months, likely as far back as February when Bruce Prichard was brought back as a Senior Vice President for the company.

WWE reportedly extended an offer to Heyman at that time but conversations were “slow in progressing.”

Meanwhile, Heyman was still heavily involved with WWE in the “inner-circle” for a while as well as helping talent – Brock Lesnar, Ronda Rousey and Alexa Bliss are three names mentioned – with certain aspects of their performance.

With the ongoing discussions, the two sides finally came to an official agreement this month.

As far as Eric Bischoff is concerned, the deal with him came together in the last few weeks as WWE wants him working directly with FOX due to his past experiences with Turner Broadcasting, Spike and other networks.

Bischoff was booked for several personal appearances this summer but over the last week, quietly began cancelling them, which is likely when he came to terms with WWE.

Both Heyman and Bischoff will now sit atop the organization as it relates to RAW and SmackDown Live, respectively, and as indicated in the press release, they will report directly to Vince McMahon. Many are comparing their roles to that of Paul “Triple H” Levesque with the NXT brand as the ones who will essentially be running it, but of course, the final say will always be up to Vince McMahon.

At this time, Heyman is expected to continue in his on-camera role as Brock Lesnar’s advocate, however there is no information regarding if or when Bischoff will be involved in an on-camera role on SmackDown Live.