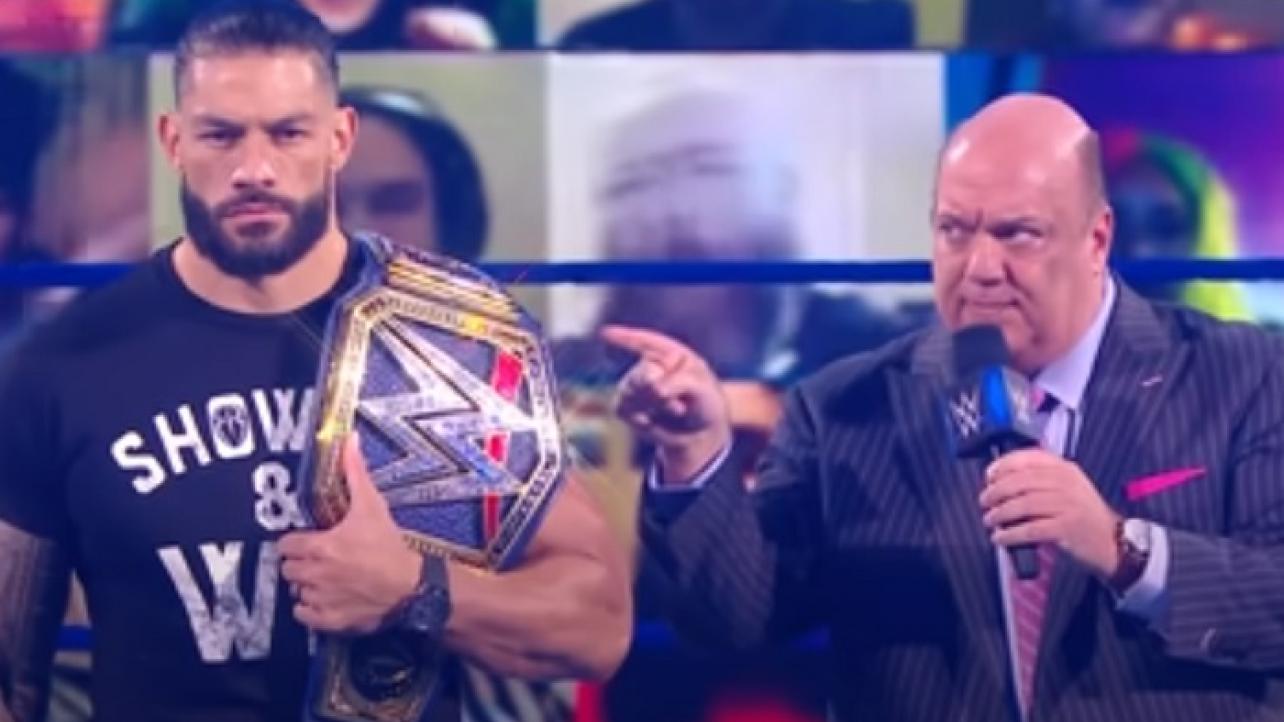 The plan for the Roman Reigns and Paul Heyman alliance is to make it completely different from that of Heyman’s partnership with Brock Lesnar.

With Lesnar, the idea was that while he was a “mercenary”, he was obviously very much friends with Heyman, laughed at his jokes, smiled during his promos and WWE made no secret about the fact that they had a relationship dating back to when Lesnar started with WWE.

With Reigns, the idea is to present it differently – portraying the two as not being friends, and that Roman is the one who is completely in charge of the relationship and that Heyman is somewhat indebted to him for bringing him back after he was “done” in the business.

The Wrestling Observer Newsletter reports that Heyman will be designated as “Special Counsel” and that Reigns will be known as the “Tribal Chief”, as a play on Peter Maivia’s role in the Samoan culture in the 1970s.