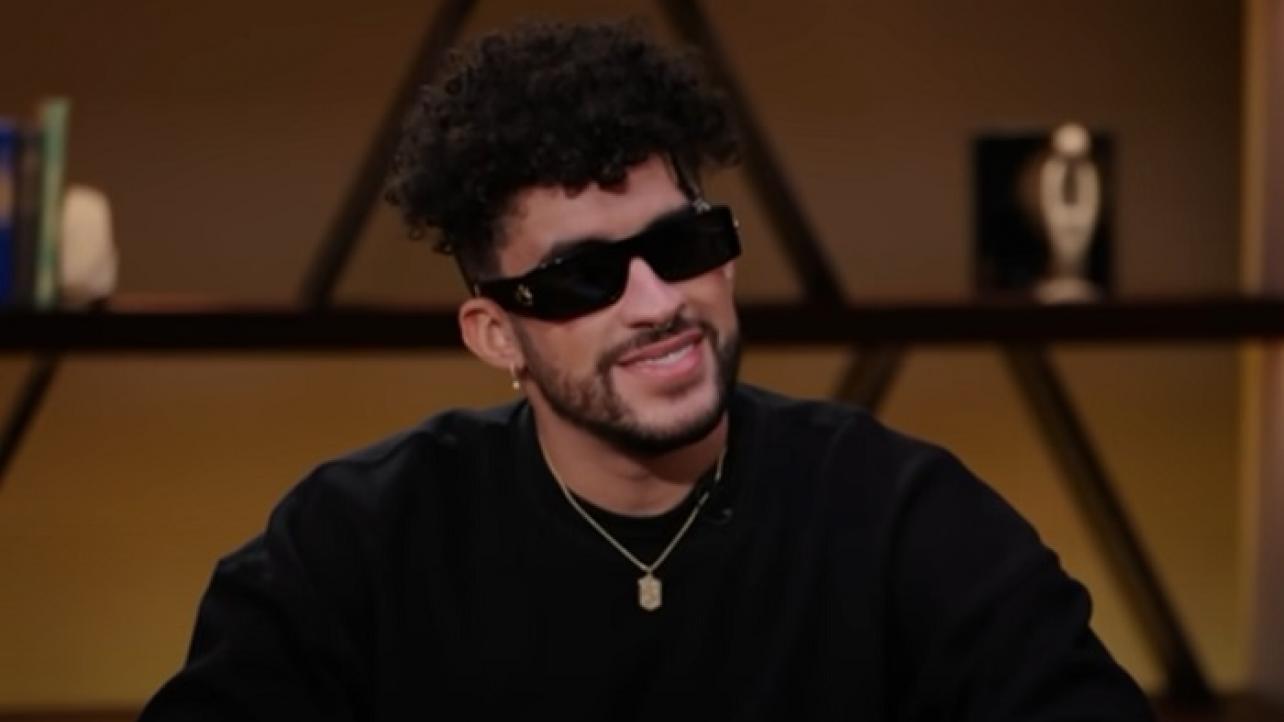 Bad Bunny recently appeared as a guest on The Daily Show with Trevor Noah for an interview, during which he spoke about his time working in WWE.

The award-winning musician spoke during the appearance on the Comedy Central talk show about how he made the connection to the pro wrestling world, which culminated with a featured tag-team match at WrestleMania 37 that earned Bad Bunny critical praise from those within the industry.

Featured below is an excerpt from the appearance where he talks about how he got in contact with WWE to end up working the match.

“I had been collaborating with wrestlers in my videos, like “Stone Cold” [Steve Austin] and Ric Flair. So, I think they started to watch that and said, ‘Who is this guy working with [wrestlers]?’ Enjoyed the whole process, I needed it with the whole pandemic and all that stuff. I dropped three albums but had no concert performances. I wanted something, you know, adrenaline.”