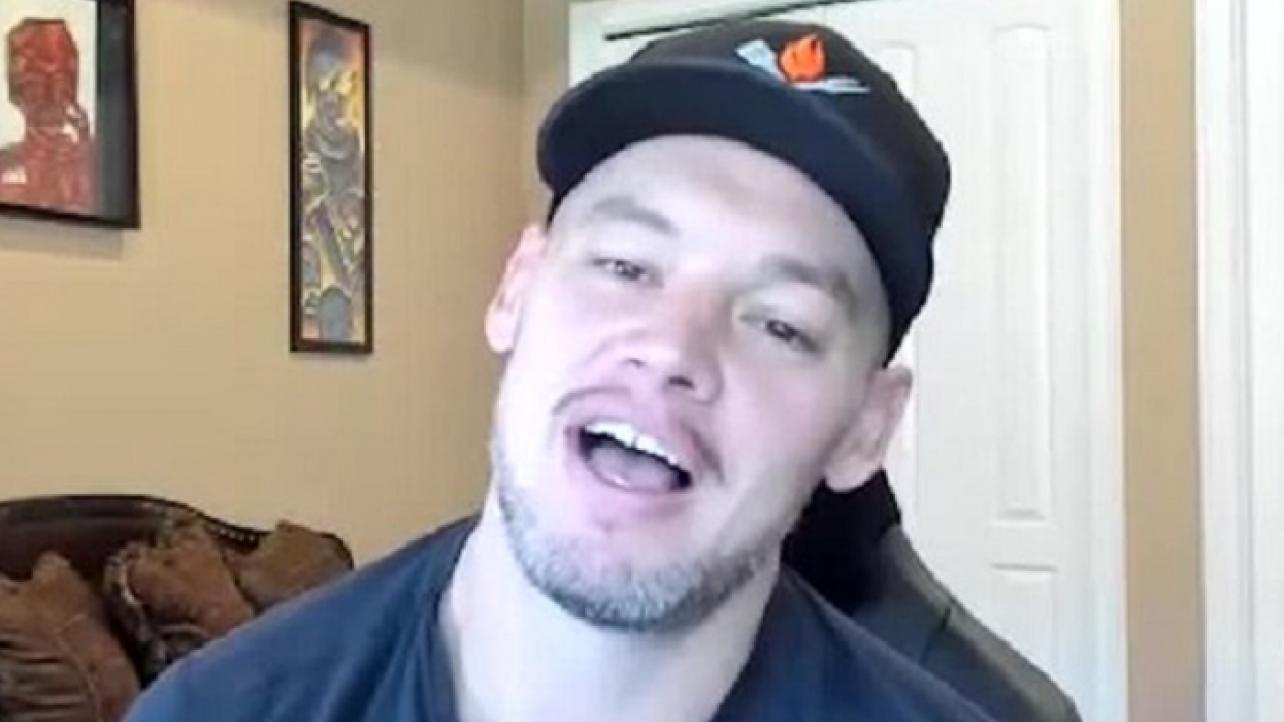 Finishing moves mean a lot to a WWE Superstar.

Baron Corbin spoke about his End Of Days finisher and keeping it strong during a recent interview with BT Sport. While talking with the media outlet, Corbin spoke about whether he would rather win a WWE Championship before he retires or retire without anyone having ever kicked out of his finishing move.

Featured below are some of the highlights from the interview where he touches on this topic with his in-depth thoughts.

On if he would prefer to retire with no one kicking out of his End Of Days finisher or win a WWE Championship: “Man, that is tough, and because it is… that’s an ultimate goal, is to win the big one. I’ve had a lot of accomplishments, which is wild, because of my list of accomplishments and never having held the World Title or the Universal Title. Man, I… that’s really… that’s hard because I look at it and go, ‘OK, it would be cool to have in my trophy room I’m sitting in right now. Aside from the weird paintings on the wall, like I have my United States Championship on the wall, I have a Money In the Bank briefcase hanging from the ceiling, literally hanging from the ceiling in my trophy room. And so, it would be cool to have that on the wall, and my kids can see that, but then talks about how many championships people like… I don’t know how many times Stone Cold was the World Champion or The Rock. You remember their moments and their career, and I think having a, let’s say I have a 12 year career and no one’s ever kicked out of End of Days, that’s something that would be talked about longer than championships, I believe. And I’m all about leaving that legacy, like I said. I want someone to go, ‘Oh man, Baron Corbin, he went 12 years, was never a good guy but his finish nobody ever kicked out of it.’ They’re not gonna say, ‘He was a three-time champion or whatever.’ They’re gonna say, ‘I can’t believe he was never champion.’ It wouldn’t be a knock, so I think I’d have to go with no one ever kicking out of End of Days.”

On how The Dudley Boyz are proud of how so few people kicked out of their 3D finisher, how he approaches his job and changes he would like to see made: “Yeah, it’s great. To me that lives forever, in a sense. In our industry, a lot of things are thrown away nowadays and just, they’re done to be done or to get an instant like, just a quick cheer, like, let’s do this huge thing and move onto the next, and I think that hurts our credibility a little bit in what we do because I look at it also as a real life situation. If I punch somebody in the face, it’s going to hurt them. I’m a trained fighter, and so I look at everything I do in the ring, the same. If I do this to you it’s going to hurt you, so I don’t need to do it 10 times, I need to do it once… and it needs to be represented accordingly from what I am capable of, and I also do that for other people, like if you do this to me and if this was… if you hit me with a chair, have you been hit with a chair before? It’s not fun, it really hurts. After 1 I understand the point you’re trying to get to, I don’t need 12 of them, you know? I want to make… I wish we would make everything we do mean more and I think people would buy into it more. And there’s different styles, and to each their own, this is just my thought process.”

Check out video highlights of the BT Sport interview with Baron Corbin via the tweet embedded below.

“In our industry, a lot of things are thrown away, done to get a quick cheer.”

“I wish we would make everything we do mean more.”

Would @BaronCorbinWWE rather win the Championship, but someone kicks out of End of Days or never win it but his finisher record is 100%? pic.twitter.com/FNf8oTK2cP