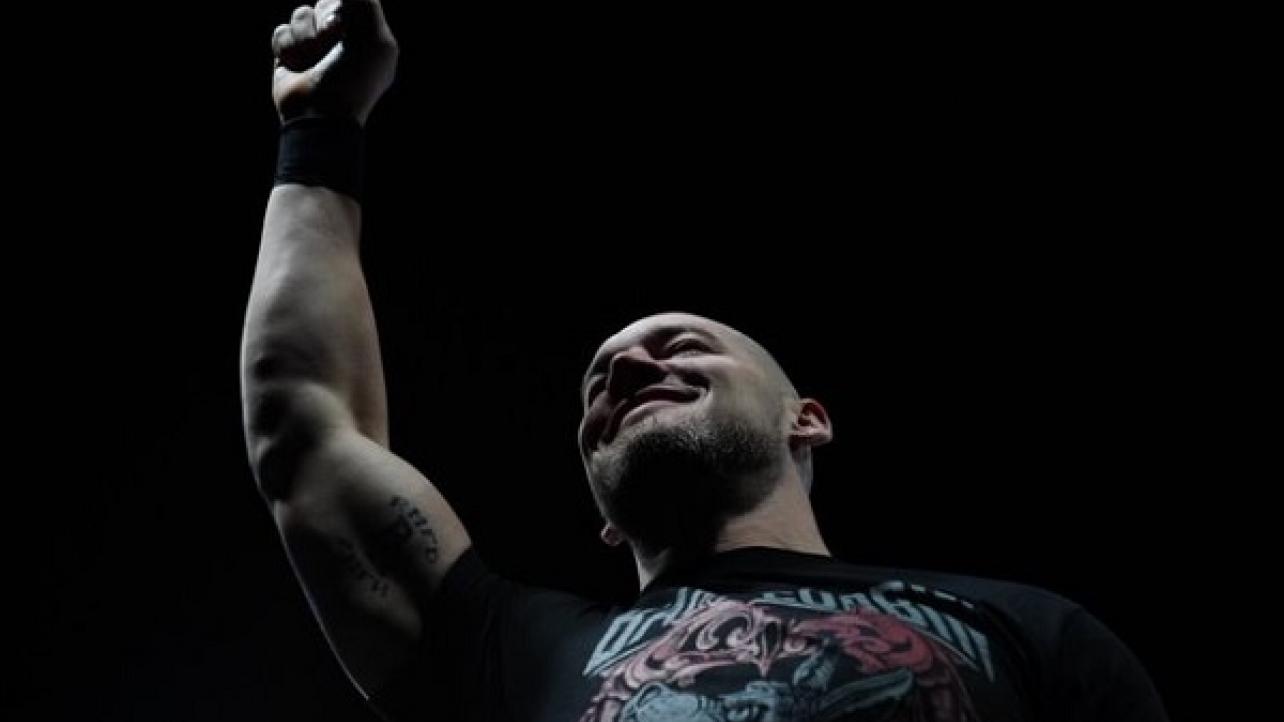 Baron Corbin Shows Off His Confidence Ahead Of KOTR, The ABCs Of WWE (Video), More

– WWE artist Rob Schamberger focuses his latest art work on “The ABCs of WWE” — Johnny Gargano, Kofi Kingston and Brock Lesnar. The latest installment of the WWE digital series touched down on WWE’s official YouTube channel on Monday afternoon. The official description for the video, which you can watch in its’ entirety below, reads: “Artist Rob Schamberger continues his amazing alphabetic-themed series as he nears the mid-way point of the alphabet with former NXT Champion Johnny Gargano, WWE Champion Kofi Kingston, and former Universal Champion Brock Lesnar!”

– Baron Corbin continues to show off his confidence on social media heading into this year’s King of the Ring tournament, which kicks off on tonight’s episode of WWE RAW and continues on Tuesday night’s episode of WWE SmackDown LIVE (with the finals scheduled for WWE Clash of Champions on 9/15). He tweeted the following on Monday afternoon:

Baron Corbin Shows Off His Confidence Ahead Of KOTR, The ABCs Of WWE (Video), More