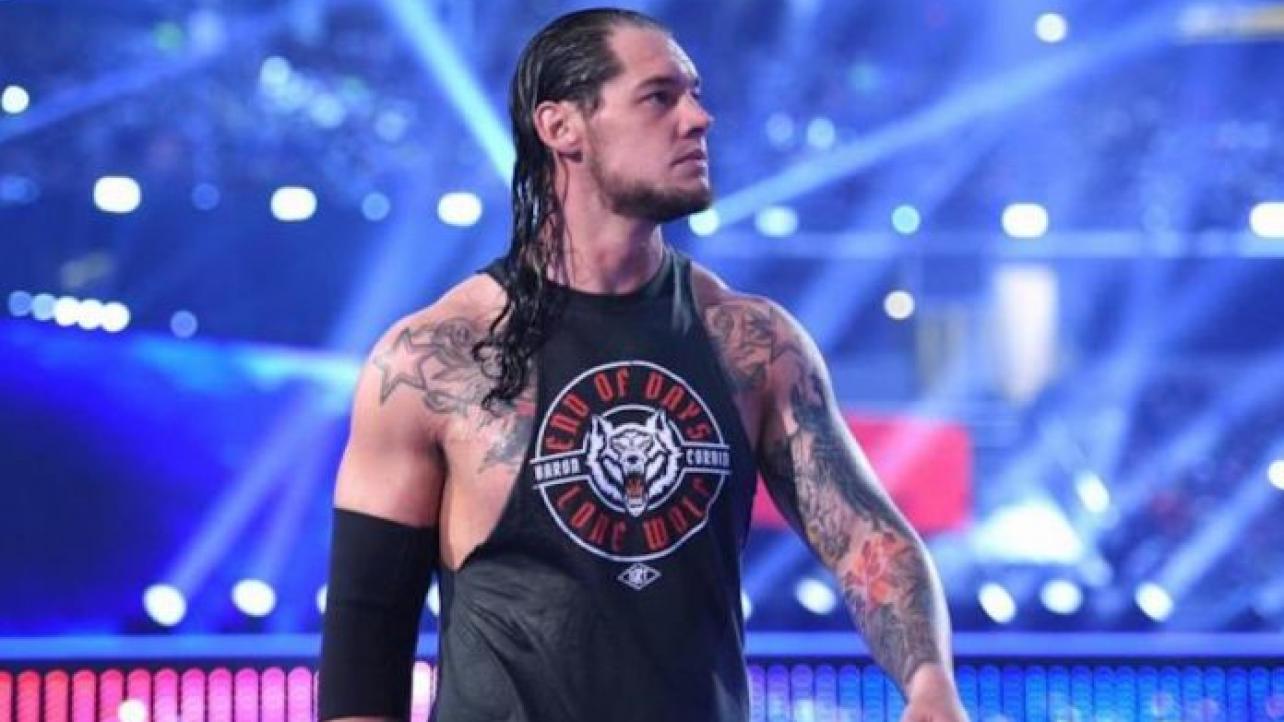 Baron Corbin recently spoke with Mike Jones of DC 101 to promote the WWE Road to WrestleMania live event in Fairfax, Virginia at the Eagle Bank Arena this Sunday. Featured below are some of the highlights from the interview.

On the excitement of going into WrestleMania after the Royal Rumble: “You’re always trying to leave your mark every night you are in front of an audience or in front of Vince, Hunter, all those guys to elevate your status to get your opportunity at Mania. It’s like a job interview every night. Because everybody’s dream is to be a part of WrestleMania because that’s the marquee show, that’s where history is made. You’re doing everything you can every night to get that opportunity. Once the Rumble is over, it is complete madness because it is a race to Mania and where do you finish there.”

On how big WrestleMania truly is: “People come from all over the world for this event and they are there for an entire weekend for AXXESS, NXT Takeover, then Mania, then RAW, Smackdown…It’s 5 consecutive days of wrestling. If you are a fan, why would you NOT be there? You get all these chances to meet Superstars, signing at AXXESS, NXT matches, meet and greets, and so many things you get to be a part of as a WWE Superstar like book readings and anti-bullying and just so many promotional factors that are so awesome to be a part of.”

On the Andre The Giant Memorial Battle Royal: “My opportunity if I win this that’s another thing on my list of accomplishments, the 2 time Andre the Giant Memorial Battle Royal, would be huge on there. I mean obviously no one has done it so rolling into 2018 it would be a good start for me for this year. Look at what happened last year with Dean Ambrose who came up short but they you got a guy like Braun Strowman who was in the Andre and now look at where he’s at. That’s one of those things that can truly elevate you so that’s what I’m gonna use it for is another launching pad and being in that battle royal you get 15-20 other targets to beat up so I’m not locked in on one person and it will be lots of fun, that’s for sure.”

On Daniel Bryan getting medically cleared to return to action in WWE: “For him to come back, I think, is amazing. I think it’s gonna be a really cool story to hear 20 years from now, you know the story of Daniel Bryan who everything was taken away because of injury and then to come back and for it to be at Mania, I mean, who knows? I think it will be awesome and it’s such a feel good story for a guy that has so much passion for this business and for what people do. So it couldn’t happen to a better guy, this kind of opportunity and you know he’s gonna be firing on all cylinders any chance he gets to be in the ring and competes. It’s gonna be fireworks and definitely something you’re not gonna want to miss.”

Check out the complete Baron Corbin interview at iHeart.com.